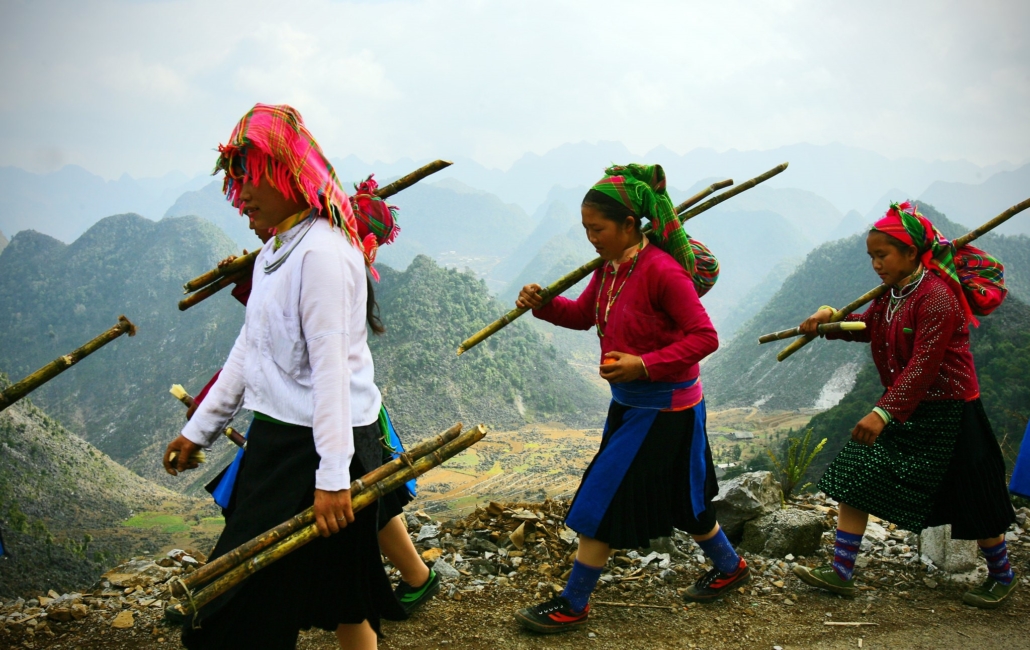 China is a country with a long cultural history and an equally long and tumultuous political history. Throughout history, there has been a power dynamic due to China’s continued hold on Asia.  Power in Asia has shifted many times, not only within China but also with respect to other nations. One can still observe China’s influence in the backbones of other nations.

In recent years, the rate of poverty in Vietnam has gradually been decreasing, bringing it to 9.8% as of 2016. There are plenty of untapped agricultural resources, such as coffee, black pepper and rubber. They exist in the region where Vietnam’s poor population is most concentrated. In harvesting these resources, the hope would be to jumpstart the economy in these impoverished areas. China gained power over Vietnam several times between 111 BC and 1427.

China’s power over Vietnam lasted until the fall of the Tang dynasty in 938 AD. Well into the modern era, China and Vietnam have had governance and structural similarities, due to similar obstacles they have encountered, including the establishment of communist power structures within their governments. Moreover, China has remained Vietnam’s largest trade partner – unsurprising given China’s advancement to the forefront of the global economic stage.

China’s interests in Vietnam stems largely from its want to keep the upper hand regarding disputes surrounding Hanoi, both in keeping Hanoi pro-China on most issues and making Chinese goods the most sought after in the market. Vietnam remains reliant on China to further develop its economy, utilizing China’s trade channels to yield more export growth than import growth, at 16.6% to 11.7% respectively. Vietnam’s top exports are broadcasting equipment and shoes, which are items that put the nation’s large supply of rubber to good use. These exports could potentially infuse more cash into Vietnam’s impoverished areas that are sitting on unused rubber deposits by creating jobs and growing the economy. However, a sustained reliance on China means that China can use its valuable trade channels and own booming economy to leverage its influence on Hanoi.

Currently, 28.4% of Mongolia’s population lives below the poverty line. Mongolia declared its independence from China’s last imperial dynasty in 1911 and established the Mongolian People’s Republic in 1924. China did not recognize Mongolia’s independence until a little over 20 years later. Like Vietnam, Mongolia’s economy is very much reliant on China, primarily concerning foreign trade. With Mongolia benefiting from its neighbor’s wide array of trade routes, China sends out 90% of Mongolian exported goods.

Moreover, China’s choice of trade partners in certain industries has impacted the growth of Mongolia’s mining industry. Mongolia’s economic growth spiked 5.3% from 2016 after China banned North Korean coal, which shifted the demand to favor what Mongolia could supply. China’s influence on Mongolia’s economic growth is an iron grip on a nation still struggling to fully develop and establish a sound infrastructure following a recent tumultuous, political history. This feeds into China’s continued hold on Asia.

Today, China is struggling to declare Tibet an independent region. In fact, Tibet still operates as an autonomous region of China. Xi Jinping, the president of China, plans to eradicate extreme rural poverty by the end of 2020. As of 2015, the poverty rate in Tibet’s Autonomous Region (TAR), the western part of historic or ethnographic Tibet, was about 25%. In declaring extreme poverty gone, China has determined that those in TAR make a minimum of $328 a year.

Tibet is heavily reliant on China, with Beijing being a significant investor. Beijing’s investments are inclusive of the dam on the Lhasa River which energizes much of central Tibet, including the capital. Tibet’s reliance on China’s economy and investments only gives China the ammunition to continue its claims to Tibet.

This economic hold on the state inhibits Tibet’s ability to thrive and grow, despite the money it receives from China. This also continues despite China’s claims of having eradicated Tibet’s poverty. China’s political maneuvers included the exile of the 14th Dalai Lama following Tibet’s uprising. China’s continued economic hold on Asia has made way for cultural, political and social influences China’s exacted on Tibet and other nations throughout history.

Buddhist Global Relief (BGR) has partnered with Maitreya Charity. It is based in Washington in the U.S. Its goal is to help bring hot meals and educational resources to impoverished children in Mongolia. A relatively new project, BGR’s first run with the Hot Meal Project allowed it to feed 32 kids. This number grew to 34 within the year. With a capacity to serve 50, BGR is looking for ways to get funding and expand its reach in the area, where about 30% of the population lives in extreme poverty.

BGR is not only trying to feed and educate the children but also distributes clothes and daily vitamins. It is also offering games to try and improve the socialization of the children. In looking to grow its operation, BGR enlisted the help of volunteer dental professionals. It knows that dental health is a prevalent issue in the area. BGR hopes to have a well-stocked library accessible to the children, a dish sterilizer and funds for dental checks. These are ways to help mitigate dental hygiene issues in the region.