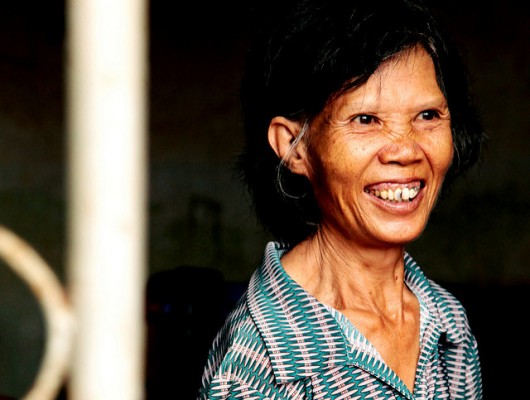 At a meeting held late last year in central Beijing, President Xi Jinping and his associates in the Communist Party of China (CPC) made an important decision about confronting poverty in the country.

Though China, which contains one-fifth of the world’s population, successfully met the Millennium Development Goals (MDGs), lifting 470 million people out of extreme poverty, there are still 70 million individuals living in extreme adversity and whom a new poverty eradication plan would greatly benefit.

China’s ruling party has asserted that it will take all necessary measures to eliminate extreme poverty within the country. “No single poor region nor an individual living in poverty will be left behind” when the country accomplishes the goal of “building a moderately prosperous society” by 2020, said President Xi Jinping at the meeting, according to an article in the Business Standard.

Rachel Middleton noted in the International Business Times that economic reform in the last 35 years has amplified the gap between the country’s rich and poor. Hence, the government realizes its collective responsibility to implement a poverty eradication plan that will lift the remaining 70 million individuals out of poverty by 2020.

Fu Ying, Chairperson of the National People’s Congress Foreign Affairs Committee, who attended the meeting, said Xi appealed to all levels of government to undertake measures to ensure the poor in rural areas, who make up the majority of individuals living below the poverty line, have access to food, clothing, housing, health care and education. Xi specifically underscored the urgency of local level involvement in poverty reduction and development.

Sub-group discussions during the meeting focused on goal achieving initiatives that would transform the poverty dynamic in China within five years. In one discussion group attended by Fu Ying, there was a suggestion that detailed surveys would allow for individual plans equipped to meet diverse local conditions.

According to Fu, information disseminated via localized surveys would, in turn, help working-age individuals find income enhancing employment, give a safety net to aid those unable to work, relocate individuals living in extremely harsh environments and provide adequate health care and education.

Stamping out extreme poverty in China will be challenging but to meet that goal in five years, 22 heads of provinces and cities located in western China have signed letters of responsibility with the central government and they will be held accountable for falling short of the target.

China’s economic achievements over the last several decades are extraordinary; however, they do have obstacles to overcome: IMF data states the per capita GDP of China is only one-seventh of the U.S. and it will take over 50 years for that gap to close between the two. China makes up 22 percent of the world’s population but only has a 2 percent share of global spending on healthcare. The U.S. percentage of global healthcare spending, by comparison, is 13.6 percent.

China’s task will be challenging but the government understands the enormous risk of failing to implement a poverty eradication plan to address extreme poverty.