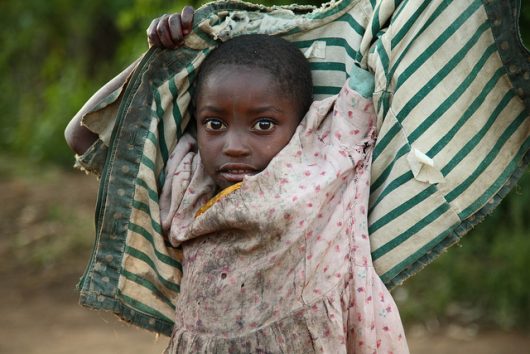 Children are the world’s future. This phrase is often uttered, yet across the globe it is rarely enforced. Children in extreme poverty are affected differently than adults. Between inadequate nutrition, exposure to stress and a lack of early stimulation and learning, the disadvantages of growing up in poverty last a lifetime.

Consequences such as stunted development, low levels of skills needed for life and work, limited future productivity as adults and the generational cycle of poverty inhibit change in children living in poverty. These consequences are especially heinous because they debilitate the global human capital needed to grow and sustain economic prosperity.

The World Bank Group and UNICEF researchers conducted a comprehensive range of tests to check if changing these assumptions would affect their results. They tested their findings against realistic large and small economies of scale, as well as a range of realistic ratios comparing children’s consumption to adults’. In all cases, children still emerged with higher poverty rates across developing countries.

The World Bank Group is a vital source of financial and technical assistance to developing countries around the world as the world’s largest funder of education, the largest external financier of the fight against HIV/AIDS and the largest international financier of biodiversity projects, water supply and sanitation projects.

UNICEF promotes the rights and well-being of every child. With work in 190 countries and territories, UNICEF translates that commitment into practical action, focusing special effort on reaching the most vulnerable and excluded children to the benefit of all children in extreme poverty.

Recommendations for Governments to Help Children in Extreme Poverty

Together, UNICEF and The World Bank Group have established partnerships with governments across the globe to address child poverty and to promote a range of cross-sector investments in the early years of life. Their goal is to end extreme poverty by 2030. This vision is central to the work of the World Bank Group and UNICEF. The two organizations are calling on governments to focus on four main areas to combat extreme poverty:

Addressing these multidimensional aspects of children in extreme poverty is crucial. In the face of a global economic slowdown, ending extreme child poverty by 2030 will not be easy. However, change is possible.

What You Might Not Know: Facts About Refugees Methods to Combat Credit Access in Benin
Scroll to top