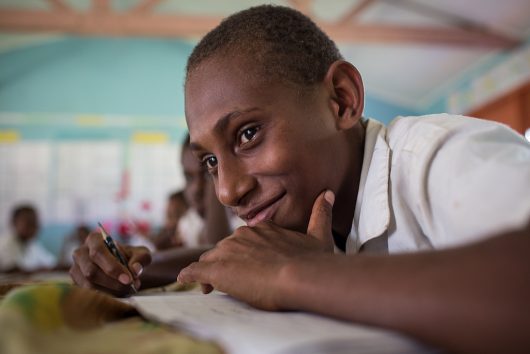 According to a recent UNICEF report, approximately one in four children of school age resides in countries affected by war and humanitarian crises. There are around 462 million children in crisis areas whose education suffers, particularly areas in Syria and Eastern Ukraine.

Of this number, 75 million children are out-of-school, and the situation worsens for school-aged girls. UNICEF reports that over 63 million girls do not attend school and the numbers continue to rise. School-aged girls are in desperate need of a support system to improve their access to education and their chances at a successful future.

An education system not only provides basic instruction but also incorporates a daily schedule, food access and safe shelter for children during times of conflict. Conflicts in Eastern Ukraine have destroyed one out of every five schools and conflicts in Syria have rendered 6,000 schools unusable for education. The sites that can no longer be used as schools are now used as shelters for families or bases for armed forces.

As a result of the humanitarian crises in these areas, many children often receive no chance at an education. However, a recent emergency education fund will help to provide better education for the students facing difficulty, improving their family life and reactions to local conflicts as a result.

The World Humanitarian Summit was held in Istanbul in late May, where an emergency education fund called ‘Education Cannot Wait’ was proposed. The fund will provide for the educational needs of children who are suffering as a result of living in conflict zones.

Education Cannot Wait will attempt to raise $4 billion in the next five years for children in crisis areas struggling with education access and quality. This will support the 2015 Sustainable Development Goals which include a proposal for all school-aged children to have access to free and quality primary and secondary education by 2030. Improving the education systems for children in conflict zones will minimize or mitigate the issues of poverty on a larger scale.

Refugees in Lebanon Benefit from Double-Shift Schools Volts of Change: Women’s Energy Use Can Help End Poverty
Scroll to top