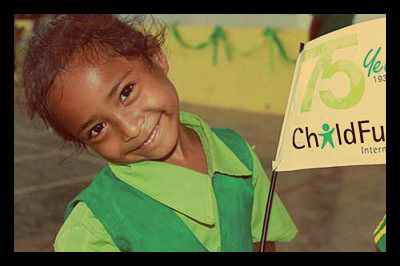 The United States Census Bureau has forecasted the population of the world to reach eight billion by the year 2025. In terms of hunger this can be considered an extremely daunting statistic. How will eight billion people eat in the future when people cannot even adequately feed everyone living on Earth today? Eliminating global poverty and giving children necessary skills to survive and thrive in the coming years are crucial parts of the world hunger solution.

ChildFund International is one organization that focuses mainly on children and improving their quality of life in order to sustain a better future. It is known for sponsoring children in over 50 countries. Giving to countries in need with specific guidelines involving nutrition and social development have been proven effective in comparison with unspecific cash donations.

Focusing on making sure children and families have access to food and health living environments is a great strategy for charities to implement. Once starvation is off the table, kids can go to school and parents to work. Eventually they can become self-sufficient, disbarring the notion of welfare dependency.

Supporting children with food, water, school supplies, and access to decent medical care is all part of the sponsorship benefits that ChildFund International distributes. A recent article on their website notes how population increases are only exacerbating the problem of widespread hunger. Developing countries are becoming more urban; building cities means destroying farmland. Farmland is necessary for agricultural production, and the less natural farmland there is, the more difficult it becomes to produce food.

Solving global poverty and solving world hunger are interrelated goals. Providing access to clean drinking water, food and medical care boosts the economy by increasing the number of healthy learning and working children in a community. The more educated the children are, the more likely they are to grow up and secure sustainable employment.

Having a stable job will mean having a stable income and the ability to break the vicious cycle of poverty. Studies have shown that poverty in the United States has decreased significantly over the past 50 years and the goal of eradicating poverty altogether is very possible with governmental assistance and appropriate policy implementation. However, poverty is still a huge issue in foreign nations and every effort is needed to help resolve it.

There are still billions of people living on barely $2 per day and suffering from hunger and the absence of clean water. Foundations like ChildFund International and everyone who gets involved can make sure everyone has the chance at a better tomorrow.