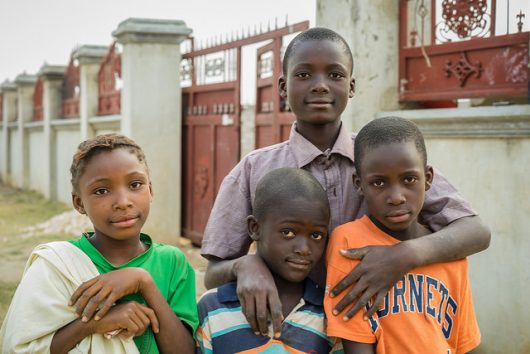 Violent conflicts largely incited by the militant group Boko Haram continue to ravage northeastern Nigeria and the larger Lake Chad region. Due to these conflicts, youths in the area face the unwanted yet real menace of being recruited as child soldiers in Nigeria.

In 2016 alone, there were 2,122 cases of deployment of children for military purposes in Nigeria, according to a 2017 United Nations report on children and armed conflict. The report also stated that Boko Haram used four boys and 26 girls for suicide attacks in 2016; 13 more children were killed in November and December by the Nigerian security forces, which suspected them of carrying bombs.

A United States 2017 Trafficking in Persons Report pointed out that children merely 12 years old were recruited by NSF. The report also explains that some of the child soldiers in Nigeria were originally arrested or detained for alleged connections with Boko Haram and might have been forced into military operations by the state.

Some suicide bombers were as young as seven or eight years old. In a bombing in Maiduguri in December 2016, two young girls set off explosions in the middle of a crowded market, killing at least one and injuring 17 people.

“They got out of a rickshaw and walked right in front of me without showing the slightest sign of emotion. I tried to speak with one of them, in Hausa and in English, but she didn’t answer. I thought they were looking for their mother. She headed toward the poultry sellers, then detonated her explosives belt,” local militia member Abdulkarim Jabo told United Press International.

In only the first eight months of 2017, 83 children were made into “human bombs,” more than doubling the number of child suicide attacks in the entire year of 2016. Most of the children used were girls.

Reintegration for Child Soldiers in Nigeria

Children who were able to escape from Boko Haram often suffered further from rejection as they tried to reintegrate into civilian life, as the use of child soldiers in Nigeria aroused fear and distrust among the general public. Child soldiers also have to endure severe physical, psychological and sexual abuse. Those who return home often face discrimination and even ostracization by their families, including girls who were forced to be “wives” in captivity.

On June 7, 2018, U.S. Ambassador to Nigeria Stuart Symington announced a $112,000,000 donation to assist with humanitarian efforts in the region. USAID will manage the use of funds via Food for Peace, Foreign Disaster Assistance and the U.S. State Department’s Bureau for Population, Refugees and Migration. Ambassador Symington said that among its recipients, the donation would go toward helping child victims of the violent conflicts in the area, many of whom have been forced to separate from their families.

USAID and other USG agencies have cooperated to mediate similar humanitarian programs around the world. A USAID program based in the Democratic Republic of Congo (DRC) helped reintegrate previous child soldiers through communication campaigns that directly talk to local community leaders, psychosocial counseling, family tracing, education, financial support, etc.. In a single year, the program identified 1,905 children and provided them with health and psychological support.

More attention must be given to the children being exploited by these groups. With the continued efforts of government programs, there is still hope for child soldiers in Nigeria.