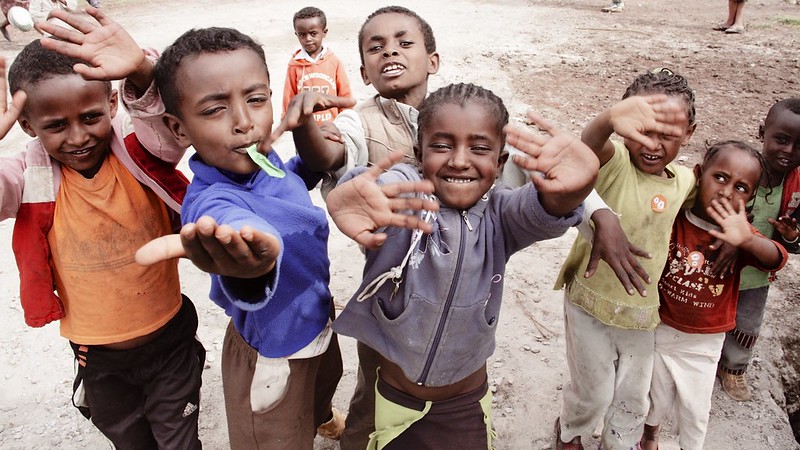 Ethiopia, a diverse nation located in the horn of Africa, is home to approximately 115 million citizens. The steady growth of the country’s population has led to economic growth and increased job opportunities. Unfortunately, population growth has also led to certain difficulties in controlling and diminishing poverty in Ethiopia. Child poverty in Ethiopia is particularly prominent.

Surviving on the Streets of Ethiopia

A native of Ethiopia, 20-year-old Mohamed Yimer has experienced the reality of child poverty in Ethiopia. At only 6 years old, Yimer lived in the streets of Ethiopia’s capital, Addis Ababa, where he had to survive with almost no access to basic necessities like food, water and shelter.

Yimer “would make money by throwing people’s garbage out and collecting metals such as nails and any scraps.” The money collected would hopefully buy him enough food for the day. According to Yimer, restaurants would often give uneaten food or leftovers to him and other young kids who were unable to afford enough to eat.

While Yimer’s childhood experience was extremely challenging, he understood that there are millions of children experiencing the same situation. Estimates determine that 36 million out of the 41 million children in Ethiopia live in severe poverty. Moreover, approximately 88% of the child population is unable to obtain necessary goods or access basic services.

In addition, rampant poverty, when parents have an obligation to send their children to full-time work rather than school, characterizes child poverty in Ethiopia. This allows children to contribute financially to the family at a very young age but deprives them of an education and a true childhood.

Shelter, a priority and basic need for child growth, is incredibly difficult for many children to find in Ethiopia. Yimer explained that “hundreds of children would sleep in tents, whether it be on the side of the road or under bridge ways.” While orphanages in Ethiopia allow children to receive education, shelter and food, the living conditions there are considered to be extremely poor and insufficient for child growth.

Yimer was able to stay in an orphanage for several years during his childhood. The orphanage provided meals such as bread and tea for breakfast and basic meals, which consisted of cooked vegetables. Yimer emphasizes that they “would only receive meals with meat on holidays such as Christmas.” He also describes inadequate and poor sanitation systems in orphanages. In an orphanage filled with hundreds of kids, there was only one bathroom for both boys and girls.

Though child poverty in Ethiopia has been a severe problem, several studies have shown some progress throughout the last two decades. Research shows that the percentage of children living in poverty has decreased from 90% to 88%.

From 2000 to 2011, overall poverty has decreased from 44% to 30%, which many consider a remarkable improvement. A focus on agricultural and economic growth, as well as focused attention on helping children access necessary goods easily, have made this possible.

Though child poverty is still evident in Ethiopia today, it is important to notice its slight but steady decline throughout the last two decades. By speeding up investment, garnering higher public recognition and improving non-profit collaboration, it is possible for child poverty in Ethiopia to decrease at a much faster rate in the future.