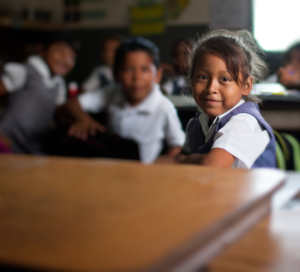 Belize, a Central American country with a poverty rate of about 41.3%, struggles with the effects that poverty has on children. Of the Belizeans in poverty, approximately 49% of them are children. Income inequality and rapid population growth contribute to the high poverty rate. Child labor rates, poor health care and child prostitution are the primary factors playing into the rate of child poverty in Belize. Nongovernmental organizations (NGOs), UNICEF and the government are compounding efforts to reduce child poverty in Belize.

Humanium is an NGO that enables donors to sponsor children in Belize and many other countries. Humanium emerged in Geneva in 2008 to improve the well-being of children worldwide. The child’s family can afford numerous basics, including better health care and education. Since 40% of families are in poverty, some children must work to aid in providing for the family. About 6% of children between the ages of 5 and 17 work to provide for the family. Also, 36% of Belize’s population is 0-14 years of age; the high child poverty rate is a fair representation of the country’s overall poverty rate.

A UN report, Wilfred Elrington, stated that child poverty in Belize was nearly 40%. Elrington further commented on how “[poverty] affects [the] capacity to learn. It affects [children’s] capacity to maintain good health.” While there are many NGOs in Belize that assist Belizean adults and children in poverty, Elrington and other officials stated that people should do more to solve the high poverty rate in the country.

UNICEF representative Susan Kasedde mentioned that education initiatives are a possible solution to poverty and violence. Both education improvements and higher enrollment could reduce poverty in Belize while simultaneously solving violence that affects local and major tourist industries. Based on the homicide rate in 2018, Belize remains one of the most violent countries in the world. UNICEF’s Children’s Agenda 2017-2030 aims to support children on the path to living a safe, healthy and successful life in Belize. The program also focuses on disadvantaged groups that are people often forget, such as those in remote regions with high poverty.

As of 2017, the Government of Belize spent about 7% of its GDP on education, which places Belize in the top 10 in the world for education expenditure. This indicates that the country is utilizing education as a path to reducing adult and child poverty in Belize. Universal education for all children has the potential to help reduce poverty in children and future generations as a study showed in the Asian Economic and Financial Review. The case study in Nigeria found that higher education led to a decline in youth poverty in Nigeria. Poverty in Nigeria was significantly higher at 70%; the research shows the possible benefit of investment in education to reduce poverty.

In January 2020, the Inter-American Development Bank (IDB) provided a $10 million loan to reduce child poverty in Belize. It will go towards the creation of a STEAM Lab School in Belize City. One of the goals of this school is to improve the quality of primary and secondary classrooms. Another goal is to improve gender equity from a young age, specifically in science, technology, engineering, arts and maths courses. With child poverty in Belize at an estimated 40%, investments in education could be a long-term solution to improve the country’s high child poverty.