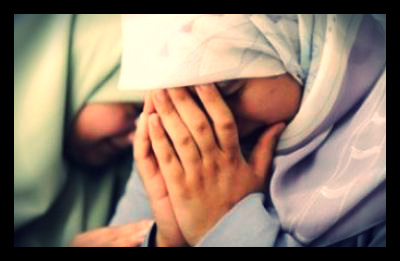 Early marriage has always been present in rural Syrian areas where the level of education is low and the rate of poverty is high, and refugees from these small communities have carried the practice with them into Jordan.

Marrying off an underage daughter is sometimes the best option for refugee families; when traveling cross-country or living in close quarters such as refugee camps, married girls are often safer with a husband than they would be with their parents. Impoverished families sometimes seek the mahr, or bride price that’s made to the bride’s family by the groom or his family. Some girls are married to mask sexual abuse or dishonorable pre-marital sex; while starvation grows among camps, many girls feed themselves through prostitution.

While the customs of a mahr are usually relaxed among Syrian refugees who can rarely afford a high price, foreign grooms from Jordan or Palestine are encouraged to seek child brides so that families may demand a higher price. This mix of culture is sometimes to the disadvantage of refugee families. Aisha al-Masri, a psychologist based in Jordan, said there have been several documented cases of foreign men abandoning their young wives after a few weeks never to be heard from again.

The legal age of marriage and consent is 18 in Syria, but a legal loophole allows the Sharia courts to approve a union so long as the girl is over 15. The number of marriages approved by the Sharia courts has grown considerably with the rising number of refugees, but some struggling families are unable to complete the necessary application to make the wedding legal.

An illegal underage marriage has lasting consequences: any children that couple has will be considered illegitimate, hugely damaging the child’s social status and complicating its application for nationality and documentation. For this reason, many underage and unregistered marriages are done in private and only filed years later once the couples are both adults.

Girls in poor families are nearly twice as likely to marry young; once they are married, the chances of their finishing school are very remote. For every year a girl stays in school, her future wage is raised from 15 percent to 25 percent. Therefore, when a girl drops out of school to marry, her potential to later provide for her family is greatly lowered, and while men typically invest 30 percent to 40 percent of their wage back into their family, women typically reinvest 90 percent.

So while it may be the answer to an immediate problem for some, early childhood marriage often warps a girl’s ability to educate her future daughters and encourages the cycle of poverty. Deprived of schools, refugees are at a colossal disadvantage, and for every child bride that escapes starvation there is an increased likelihood that the next generation will starve.