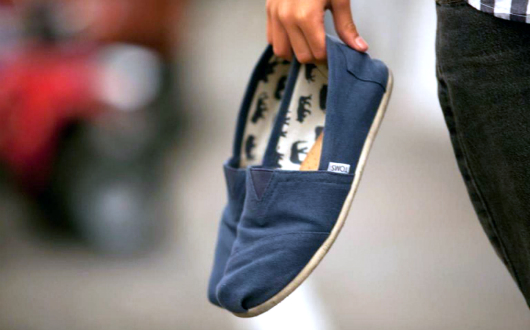 Charitable footwear brand TOMS has become a sort of gold standard for companies working toward being ethical. On their website, they boast of having improved maternal health, education and a variety of other areas in life through their “one for one” giving model, which supports these programs for each pair of shoes purchased.

But is this model followed by TOMS and a variety of other companies enough to break the cycle of generational poverty?

Although the model provides aid to those in need, it also does nothing to deal with issues of widespread unemployment and unfair wages. In an interview with GOOD Magazine, international aid expert Saundra Schimmelpfennig described TOMS as “quintessential whites in shining armor.” Critics have accused the one for one model of enforcing stereotypes of the developing world—portraying them as helpless—and as a part of a marketing ploy with a deeper focus on pity than active empowerment.

It is why many top brands, such as Warby Parker and soleRebels, have transitioned to a model of social enterprise, focusing on empowering local businesses and providing fair wages to workers. These brands focus on the idea that breaking the cycle of generational poverty must include the creation of well-paying jobs and greater opportunity for the next generation.

This is not to entirely dismiss the one for one model. This Bar Saves Lives, for instance, is a brand that provides life saving plumpy’nut to children suffering from malnutrition. There is an importance in education that requires similar levels of action.

Still, despite the need for certain programs, the increase of brands focusing on social enterprise perhaps represents a new attitude toward the nature of the charitable business, focusing on empowering as a quintessential part of one’s business model, and not a later effort.