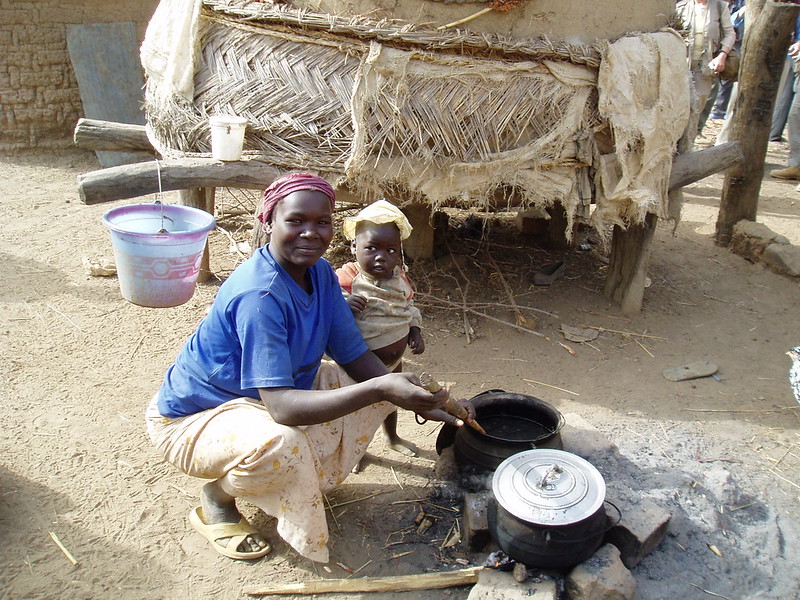 Chad’s food security is a persistent issue and challenge. More than 2 million people suffer from malnutrition, and 43% of children under 5-years-old have developed stunting due to malnutrition. In total, 3.7 million people experience food insecurity in Chad. Fortunately, many great organizations work to reduce food insecurity. These organizations include The World Food Programme (WFP), The World Bank and The Food and Agricultural Organization of the United States (FAO).

WFP worked with other nonprofits on a project in Farchana, a refugee camp in Chad in 2018. This project allowed about 30,000 people to unite and help build a more self-reliant, food-secure community. The project consisted of reworking the landscape and providing workers with money to purchase food or other necessities. According to WFP, “The work done by both host communities and refugees expands the availability and diversity of food produced and consumed locally, and ensures that local food production and income-generating activities can continue through shocks and crises.”

Furthermore, WFP has developed a strategic plan for 2019-2023 that includes how the organization plans to aid in improving Chad’s food security. The nonprofit will help ensure that people in targeted areas have access to food year-round, meet their basic food needs and have more self-sustaining ways of obtaining food. WFP also hopes to increase the nutritional levels in the population and make sure the government can help feed the population.

The World Bank has supported over 50 projects in Chad and is currently working on 19 projects. This organization launched the Emergency Food and Livestock Crisis Response AF project in 2017. The project aimed to “improve the availability of and access to food and livestock productive capacity for targeted beneficiaries.” Additionally, the project received an $11.6 million grant from the International Development Association (IDA) that focuses on social protection, agriculture, fishing and forestry, livestock and crops.

The World Bank approved a $75 million grant from the IDA to continue the Refugees and Host Communities Support Project for Chad (PARCA) in September 2020. PARCA has helped improve the lives of impoverished and vulnerable people in the country. The project is set to end in 2025 and has received a rating of “moderately satisfactory” as of October 2020.

The Food and Agriculture Organization of the United States (FAO)

The FAO has been working hard to improve Chad’s food security for the past several years. Furthermore, the World Bank published an analysis of a project that the FAO and other organizations contributed to in 2019. This project consisted of providing agricultural knowledge and tools to people in Goré, a town in Southern Chad. In addition, the project aided almost 500,000 people and established a process for the community to feed itself year-round at an affordable price.

The FAO provided “emergency agricultural assistance to vulnerable populations” in 2019. Additionally, the organization helped just under 300,000 people improve their agricultural output and prevented them from suffering from future climate inconsistencies or disasters.

The FAO completed the Sustainable Revitalization of Agricultural Systems project which aided about 4,000 people in 2020. In addition, it provided irrigation systems and fences to protect crops. The project succeeded in increasing agricultural yields.

Chad rates 187/189 on the Human Development Index and 66.2% of the population lives in severe poverty.  Despite these struggles, organizations are helping improve the lives of the people. The government of Chad has also been working to help improve the lives of its population. Chad created a plan to improve Chadians’ quality of life by developing human and social capital, social protection and economic empowerment by the end of 2021.