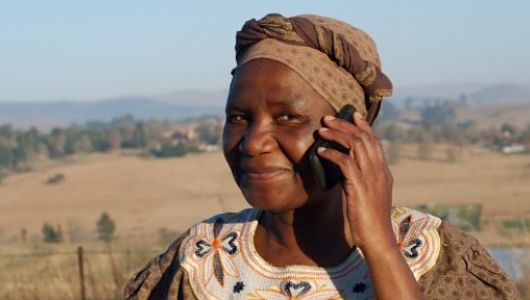 The Ebola outbreak in West Africa continues remains a major public health concern worldwide. In the face of this tragedy, technology provides great hope in managing the disease and providing aid to individuals and healthcare providers. Many technologies are on the forefront of fighting disaster, but the most valuable tool to fight Ebola is probably in your pocket.

Africa has experienced a boom in cell phone ownership in recent years, which has extended to West Africa. As a result, cell phones are providing patients and families of patients with services such as ebola hotlines. Cell phones also allow health workers to be paid electronically, allow clinics to flag when they’re low on supplies and allow individuals to resolve rumors of ebola by texting local radio stations.

Eric King, an innovation specialist who worked with USAID’s Disaster Assistance Response Team in Liberia, said, “among the technological tools that have amplified the Ebola response, arguably none has been more helpful than the mobile phone.”

And it’s not just helpful for individuals. Cell phone companies collect “call data records,” which manage caller identity and the time of the call, along with being able to identify the customer’s location. These records, held by CDRs, are highly valuable to epidemiologists.

But cell phones have been most valuable in fighting Ebola in the hands of health care workers. The mHero program uses information to bring together people making a difference in coordinating a response to this crisis.

The mHero program brings cell phones together with many services. These services include the iHRIS program, a human resource tracking service used within the health sector of 19 countries, along with UNICEF’s SMS platform and information sharing systems such as OpenHIE and DHIS 2.

The mHero programs bring all of this together to allow key text messages to be sent to heath workers internationally, even in remote areas where there is traditionally less access to cell phone service. Having access to this large database of information allows for messages to be targeted to health workers in relevant locations.

According to intrahealth, mHero is also useful to government officials, who can use it to conduct monitoring processes along with data analysis and surveys. The service, which launched in Liberia in September, represents perhaps a major victory in the fight against Ebola.

Information is power. Cell phones are an accessible technology which provide people worldwide with information. It should be no surprise, then, that cell phones are an incredible source of power in responding to the Ebola crisis.