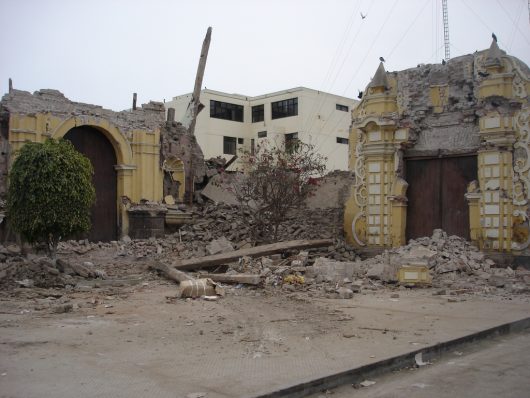 With about eight million people living in some form of poverty, Peru can be considered an impoverished country. While poverty can be found throughout the nation, most of the people who live in extreme poverty reside in rural areas. Poverty exists throughout the world as a result of many different reasons. Here are three broad, but influential, causes of poverty in Peru:

Natural disasters
Being located in a seismic zone, Peru is constantly being hit with earthquakes. Besides earthquakes, Peruvians also suffer from a large number of floods, landslides and droughts. All of these natural disasters have different ways of impacting the country’s people. With Peru’s environment being altered by nature, agriculture can be slowed down as a result, therefore hurting the country’s economy and the people’s food security. The damage that natural disasters leave on houses and cities also tends to hurt the economy, since more money has to go to repairs.

The divide between the rich and the poor
In Peru, there is a wall dividing the country’s rich and poor–literally. The capital of Lima is divided into two parts: the poor and the wealthy. The wealthy are so serious about keeping their side inhabited by the rich that they require one to show an identification card to be able to enter. According to Business Insider, a wealth gap between the rich and poor is not beneficial to the economy. With an extreme divide like the one in Lima, the poor will most likely remain poor since the very people that could help them are practically secluded.

Inequality faced by women
Peruvian women make 30 percent less than men in the workplace. They are also subject t0 sexual violence and murder. In an attempt to achieve equality, women have partaken in marches to advocate for their rights. If women are treated better and given more opportunities, they will have more to offer financially and would essentially be able to provide for themselves and their families to a better extent.

Despite all of these causes of poverty in Peru, there have been some advancements. Overall poverty in the country decreased 1.1 percent from 2015 to 2016. Hopefully, Peru will continue to address poverty, as well as eliminate some of the causes.