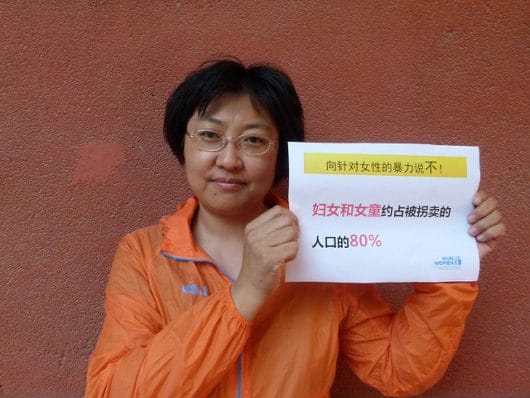 Human trafficking encompasses any exploitation or forced trade of humans against their will. This includes sex trafficking, child labor, forced labor and even forced adoptions and marriages. Human trafficking has risen to extremely high rates in China and the country has been identified as having one of the world’s highest rates of human trafficking in the world.

About Human Trafficking in China

Traffickers have transported Chinese trafficking victims to every single continent around the world. Approximately 600,000 workers willingly migrate to China on the basis of false promises regarding work opportunities, including escapees from North Korea. Instead of finding work, many are set up and sold into human trafficking organizations. They are usually forced into hard labor, prostitution or entertainment industries. There are numerous causes of human trafficking in China. Supply chain companies, many of which sell their products to the United States, utilize human trafficking to obtain cheap or free labor to mass produce their products.

Causes of Human Trafficking in China

The one-child policy has contributed to human trafficking in China and can be considered as one of the main reasons for this negative trend in the country. In an effort to control the growing population, the country limited each family to a maximum of one child. The prioritization of male children over females has led to an uneven gender distribution ratio.

This results in less marriageable women and, therefore, the purchasing of wives through human trafficking. Children are also kidnapped from poverty-stricken rural areas and sold to parents that are unable to have children themselves. Overall, the largest causes of human trafficking in China are the high unemployment rates in rural areas, mass production increase in urban areas and lack of enforced punishment by government and law.

China does not meet the minimum requirement of standards necessary to combat the rise of human trafficking. However, as the entire world learns about the issue, the country has begun to make efforts to fight against human trafficking. The Central Committee, the State Council and local governments and institutions are designated to tackle this issue.

Many organizations, predominately those that women organize, have been prominent in providing knowledge about sex trafficking to uneducated women. Paired with the Ministry of Justice, the All China’s Women’s Federation has produced many anti-trafficking printouts and propaganda. China has increased cooperation with other countries attempting to investigate cases of Chinese trafficking overseas, as well as provided shelters for trafficking victims and funded awareness campaigns to increase knowledge surrounding the issue.

These efforts, however small, go a long way in helping prevent the rise of human trafficking in China. Providing awareness to uneducated and poverty-stricken rural areas is a large first step, as many people fall into trafficking simply by being unaware of what it is, what it looks like and how it occurs. There is a long way to go, but with the help and encouragement of international countries, the causes of human trafficking in China will begin to lessen. The first big step, the recognition of the problem, is already done.