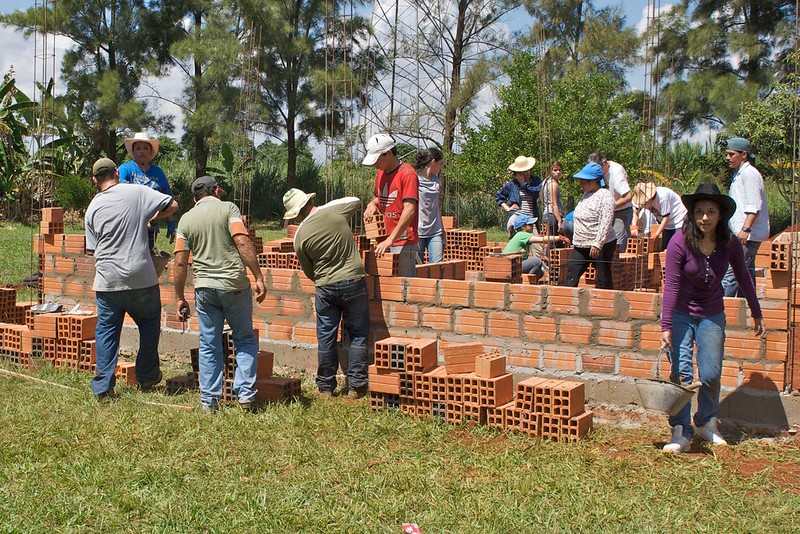 Paraguay has undoubtedly experienced economic growth in the 21st century, resulting in an average GDP increase of 4% in recent years. Living conditions have generally improved in the past two decades, with a rising middle class and enhanced means of access to safe drinking water, especially within historically marginalized rural areas. Nevertheless, poverty and income inequality have remained serious obstacles to welfare in Paraguay, as made evident by a consistently high GINI coefficient above 45 and a deep rural-urban economic gap. Although the country has seen undeniable economic growth, homelessness in Paraguay remains a problem.

While it is estimated that the COVID-19 pandemic will result in a GDP decline of 1.2% in 2020, Paraguay is expected to shortly return to its pattern of economic growth. This is particularly given to the country’s low case and death rates compared to fellow Latin American countries. Even so, the national poverty rate is expected to worsen due to the country’s vulnerability to the global economy and to the COVID-19 induced recession. A poverty rate exceeding 24% will exacerbate housing insecurity and homelessness in Paraguay.

A concrete estimate of Paraguay’s homeless population does not exist due to factors ranging from the individuals’ mobility to simply the lack of research efforts conducted to establish this figure. However, the Inter-American Development Bank approximates that 43% of Paraguayan families live in inadequate housing. While many of these families may own a physical home, these spaces often lack proper sanitary conditions, access to technology and space.

Flooding has been a major issue over the past decade resulting in the displacement of tens of thousands, particularly affecting impoverished citizens living by the Paraguay River near the national capital, Asunción. In 2015 alone, 50,000 Paraguayans were dislocated from their homes as a result of a disastrous flood. The inadequate assistance from the government has resulted in large protests stemming from affected populations. Housing insecurity, as a consequence of floods and various land ownership issues, has resulted in protestors occupating Asunción’s main square to demand that the government address Paraguay’s housing crisis.

The government’s corruption has indeed resulted in the removal of vulnerable families from their homes. Moreover, according to Habitat For Humanity, 1.1 million houses are needed in Paraguay to harbor those who flood into cities from rural regions— an estimate which only continues to rise. Low-income Paraguayans are desperate for improved housing security.

Due to the lack of action by state actors, various NGOs and grassroots organizations have taken it upon themselves to address homelessness in Paraguay and the country’s root causes of poverty. Here are just a few of the efforts being done to confront the crisis.

Habitat for Humanity has constructed and repaired homes for low-income families at low and affordable rates. Offering this assistance has helped address the issue of a lack of and/or unsafe housing in urban areas. Such initiative has provided homes for over 4,500 families over the past 22 years.

Fundación Paraguay is an enterprise partnered with the Homeless World Cup that incentivizes schooling as well as provides assistance to schools with predominantly low-income student populations. The organization’s entrepreneurial education program has helped over 100,000 marginalized children and women, providing them with a knowledge base critical for their own socio-economic growth and housing security.

Unsafe housing and homelessness remain a major problem in Paraguay as a result of natural disasters, increasing urbanization, corruption and exacerbated poverty due to COVID-19. Non-state actors have played a major role in providing technical support and housing aid to marginalized populations. However, building improved government response to floodings and overpopulation is imperative for improved living conditions.