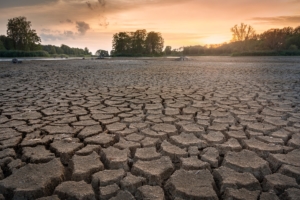 Recent efforts to stem corruption and promote economic growth have caused many to proclaim that India has a bright future ahead. However, India’s current drought poses a grave threat to their future. From 2001 to 2011, India’s annual per capita water availability decreased by 15 percent and most estimates have projected it to fall by almost 30 percent by 2050. In addition, India’s ever-growing population is expected to grow to 1.8 billion by 2050, making the already difficult task of providing clean water throughout the country that much harder. Needless to say, India has a major challenge on its hands that could define the future of the country.

What Has Caused These Issues?

While there are many reasons for India’s current drought, most experts point to a few main culprits. One of the biggest is India’s changing climate. As India has experienced progressively warmer summers, it has seen reduced snow cover throughout the Himalayan mountain region. This has resulted in decreased water runoff and increased water shortages over time.

Secondly, India has seen its water supply decrease as a result of poor agricultural practices by farmers. Considering that agriculture accounts for 90 percent of India’s water consumption, these practices, including improper use of pesticides and indiscriminate use of groundwater, have resulted in substandard water availability for the millions of Indians across the country.

Lastly, the country has been plagued by water pollution due to improper sewage systems and the dumping of waste in lakes and wetlands. This waste often finds its way into groundwater and contaminates it, resulting in drinking water that is unsafe to drink.

While water scarcity in India is by no means a simple issue, there are many promising solutions to the problem, some of which are already being implemented throughout the country. One of the biggest areas of focus for many NGO’s working in India is on improving sanitation practices. Nonprofits such as Water.org and WaterIsLife have both done great work in recent years with to improve sanitation. Water.org has focused its work on providing people with the opportunity to use clean bathroom facilities, which has reduced open defecation. WaterisLife has helped install many wastewater treatment plants, which have helped treat dirty water and make it drinkable.

India can also continue the good work that has been done by installing water catchment systems around the country. These systems can help recycle water and are a sustainable solution to the water scarcity issues that currently plague the country. Charity: Water, a non-profit based in New York City, has already played a major role in the installation of such systems around the country, which has helped make water more accessible for thousands of Indian citizens.

India is not the only country currently facing a drought. Many countries around the world, especially those located in warm or desert climates, are going through similar issues. However, swift action must be taken lessen the effects of the drought. Such action will require heavy contribution from both Indian citizens and the Indian government, along with NGO’s from around the world.