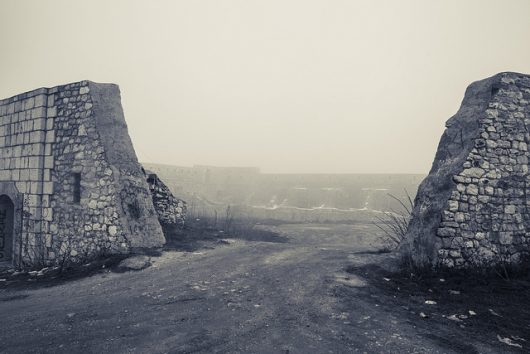 The Bosnian War began in 1992 and lasted until 1995, though the cause of the Bosnian War has roots in World War II and its impact is still being felt in 2017. The war led to the deaths of around 100,000 people. It also spurred the genocide of at least 80 percent Bosnian Muslims, also called Bosniaks.

In the aftermath of the Second World War, the Balkan states of Bosnia-Herzegovina, Serbia, Montenegro, Croatia, Slovenia and Macedonia became a part of the People’s Republic of Yugoslavia, a communist country held together by its leader Josip Broz Tito. Part-Croat and part-Slovene, Tito checked both separatism and ethnic nationalism with stiff jail sentences.

Tito rebuilt Yugoslavia as a Communist federation of six equal republics, but the ethnic conflict was never far from the surface. Serbians disliked Tito’s recognition of the Macedonians and the Muslims of Bosnia-Herzegovina as distinct nationalities. However, these bad relationships alone were not the cause of the Bosnian War. The collapse of Communism in the Balkan states was punctuated by Tito’s death in 1980. Following this, the Balkan states clamored for independence.

Slobodan Milosevic rose to power in Yugoslavia in 1986 as a lightning rod for nationalism. Milosevic was a leader who deliberately created conflict between Serbians, Croatians and Muslim Bosniaks (the three main ethnic groups in the region). Milosevic, also called “The Butcher of the Balkans” took advantage of the ethnic tensions that would be the cause of the Bosnian War.

Croatia and Slovenia fought alongside Germany and Austria in World War I, while Serbia fought alongside the allies. Because of this, Serbs regarded themselves as the dominant partners when they joined the Croats and Slovenes in 1918 to found the state what would be called Yugoslavia.

By using old grudges, stirring up nationalistic emotions, and inciting dreams of a “Greater Serbia,” a country made up of only Serbians, Milosevic succeeded in rallying support for himself. By 1971 in Bosnia, Muslims represented the largest single population group. In a 1991 census, Bosnia’s population of some four million was nearly half Bosniak.

Bosnia’s Serbs, led by a man named Radovan Karadzic and backed by Milosevic, resisted and threatened bloodshed when Bosnia proclaimed its independence in 1992. The Serbs wished to remain part of Yugoslavia and create a nation only for Serbians.

Two days after the European Community and the United States recognized Bosnia’s independence, the Serbian Democratic party — whose members wanted to be part of the “Greater Serbia” — launched an offensive with the bombardment of Bosnia’s capital, Sarajevo.

The Bosnian War was marked by ethnic cleansing, with thousands of civilians killed and millions displaced. On July 11, 1995, Serbian forces attacked and overwhelmed the city of Srebrenica, a city the U.N. had designated as a safe haven in 1993. The forces separated the Bosniak civilians at Srebrenica, putting the women and girls on buses and sending them away while killing the men and boys on the spot or bussing them off to mass killing sites. An estimated 8,000 people died in the massacre.

Following this, awareness and international outcry over the war reached its zenith. In November 1995, the United States sponsored peace talks between the Bosniaks, Serbs and Croats, resulting in the creation of a federalized Bosnia divided between a Croat-Bosniak federation and a Serb republic.

Tribunals over the war crimes committed during the war were established 23 years ago. Serbia only acknowledged the massacre of Srebrenica in 2004. Milosevic was jailed in 2002 on 66 counts of genocide and war crimes and died in his cell in March of 2006.

Last month in 2017, a Croatian general charged with war crimes had his sentence of 20 years upheld, and instead of submitting himself he chose to drink poison in the middle of the courtroom.