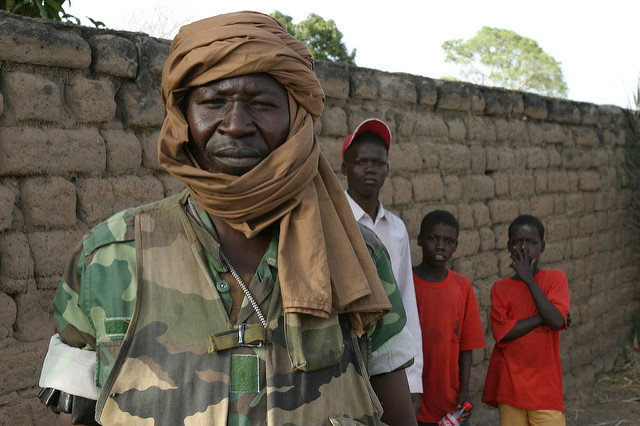 Sustainable Development Goals or SDGs in developing countries have been viewed as ambitious. However, more efforts have been invested in the continuous realization of these development goals by international communities, nonprofit organizations, civil societies and, of course, domestic governments.

According to reports, to achieve one of the SDG targets, the “sustainable management of water and sanitation for all” will cost $27 billion per year by 2030 and the infrastructure will cost up to $290 billion. Is this too ambiguous for the national governments in the developing world? Or a pitiable reason to hide from actualizing these goals nationally.

Developing countries have been a major focus of the SDGs. With the idea that ‘no one will be left behind’, the U.N. and its partners have contributed immensely in solving a long list of issues faced by the developing world. Funds have been deposited and used for different projects. Expertise in creating sustainable solutions and commitments are being made to secure a better future.

Countries such as the Central African Republic (26.1), Liberia (30.5) and Niger (31.4) are not doing as well as the aforementioned countries. Evidently, these countries are some of the poorest in the world. A poor economy can be one of the causes for weak results.

Politics and SDGs in Developing Countries

One of the reasons slowing down the SDGs in developing countries is that development projects are usually abandoned by their governments. This normally happens in rival socio-political settings.

In Africa, most projects funded and managed by previous administrations are eventually stopped or replaced by the ruling administrations due to different political views, political parties or general lack of interest.

Some farmers in Nigeria have criticized the replacement of the Growth Enhancement Support (GES) scheme by the former president Goodluck Jonathan’s administration with the current president Muhammadu Buhari’s Agricultural Implements and Mechanisation Services (AIMS).

“There is always a policy somersault. This government will bring this one and when another person comes, they will bring another one whether it is good or not.”, said Daniel Okafor, Vice President of Root and Tubers of the All Farmers Association of Nigeria (AFAN).

The farmers are upset with their government as it continues to create new programs without improving the old ones. More often, the development policies and programs are often aligned with the vision of developmental goals but may lack seriousness due to the ulterior motives.

In developing countries, parties struggle to own power and when they eventually do gain power, eliminating the projects of the previous administration becomes the primary goal.

The lack of bipartisanship in the polity environment brews enough hatred; shutting down any programs related to the opposition party no matter how promising they are.

Kofi Annan, former Secretary-General of the U.N. noted that bipartisanship can promote peace, unity and growth. Political parties should stand for a common goal regardless of their political views and hustle for power. Ideas can be shared and implemented with the help of the other parties.

Bipartisanship will ease congressional processes in changing, debating and making laws that can benefit the realization of SDGs.

Corruption and SDGs in Developing Countries

Corruption can also cause a lot of setbacks. Africa loses $50 billion every year due to corruption. The Sustainable Development Goal 16, Peace, Justice and Strong Institutions, covers commitments to fight corruption and encourage transparency.

Recently, the U.K. suspended funding to Zambia after a report that $4.3 million intended for the poor population had gone missing. 17 million people in Zambia, or half of its population, live below $1.90 a day. It is important to find out how much of the monetary aid is really getting lost to corruption and the best method to curb it.

Criminalization of corruption can serve as a major tool in curbing corruption. Ruling parties must not protect corrupt public servants, especially in Africa where previous corrupt officers collude with the ruling parties in order to be shielded from scrutiny and court cases.

Another factor that may impede the success of SDGs in developing countries is tribal or subnational conflicts which are still rampant in Africa and Asia.

While Asia experiences economic growth in the midst of subnational conflicts, Africa’s economy has always been affected by violent conflicts due to terrorist groups, tribal wars and minorities unrest.

Poverty will decrease when inequalities between different groups reduce as also when there are inclusive growth and participation of minorities in resource control. Combating unemployment will also lessen the high rate of conflicts in developing countries.

It is for the central, state and local governments to take up these responsibilities to achieve the SDGs in developing countries. Civil Societies and private sectors should also see this as an opportunity to make the world a better place.

It is possible for developing countries to achieve at least 80 percent of their SDGs: it all depends on good governance and passion for humanity.

What Was the Cause of The Bosnian War?Pollinate Energy: Electricity Access for the Urban Poor of India
Scroll to top