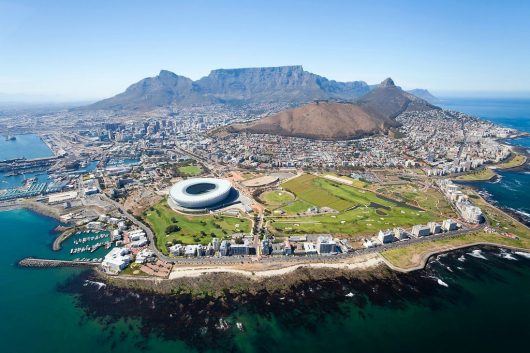 Cape Town, South Africa has experienced a drought for the last three years, leading up to what officials are calling ‘Day Zero,’ or the day the city will turn off a large portion of its tap water and turn to rationing the remaining water among citizens. However, water shortage issues began as early as 1995 with little action from the city to remedy the situation.

What happened in 1995 that caused a crisis over two decades later? The population of Cape Town began increasing and has steadily increased by over three-quarters of its previous population. Fortunately, this multiplication alone was not the cause of the water crisis; rather, it was population growth paired with little increase in water storage.

The city failed to compensate a growing population to its water usage, and while this has made a significant impact on the amount of water in Cape Town, the city has still been able to maintain reasonable water levels despite a lack of added water storage facilities.

This success is primarily due to plentiful rainfall during the monsoon seasons, which may also be why Cape Town has previously failed to increase its water storage for so many years.

Unfortunately, a drought began in South Africa in 2015 that severely limited the amount of water available to citizens, especially those in Cape Town.

The drought brought to light the water storage issue for Cape Town officials who began urging citizens to conserve the remaining water. They initially asked that each citizen use approximately 87 liters of water before decreasing the amount to a mere 50 liters, or just over 13 gallons, daily.

The South African government has created a rationing system to be implemented when the water levels decrease to a low enough level. The day this occurs is the day referred to as ‘Day Zero.’ However, in the meantime, the most energy is being placed into reminding citizens to continue to reduce their water usage.

In light of the water crisis, the University of Cape Town has developed a series of cell phone applications that will aid in water conservation. The first is a free application called ‘DropDrop.’

DropDrop allows users to track water usage in real time, helping citizens ensure that they are staying within the city’s new water restrictions. The app is especially useful in areas where regular access to the internet does not exist due to the application’s offline nature after initial download.

Among the services created for Capetonians during the water crisis is an organization, Picup. The group started with the goal of quickly shipping water to Cape Town residents, and now allows Capetonians to order bottled water and receive it to one’s home within 24 hours.

The water can be purchased in two order sizes, with the smallest being 30 liters with an affordable price tag of around 176 Rands, or approximately $13.

The city also gives daily updates on water levels for surrounding dams in order to encourage Capetonians in their conservation efforts.

Despite the outstanding circumstances Cape Town has faced over the last few years, the future looks bright. With a strong community making huge lifestyle changes to conserve water, the city’s water basins are filling back up and allowing citizens to be a part of a community survival story.

The water crisis in Cape Town has proved the city’s growing wisdom and trendsetting environmental responsibility. This growth has not only set an example for the world to follow, but it has also been the first to prove that any inescapability, even one as drastic as ‘Day Zero,’ can be overcome.

Women in the Workplace in India: The Secret to Development7 Reasons Why Cooperatives Are Important To Poverty Reduction
Scroll to top