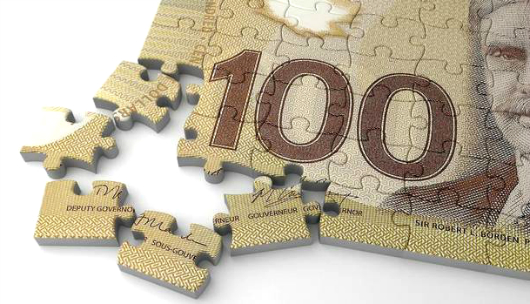 Alberta Canada is enacting poverty reduction measures that have been long talked about by many experts in the field. The proposed “mincome” program guarantees a minimum income to people who need it. The program would give between $900 and $1,450 per month to households currently receiving welfare. Unlike other programs aimed at boosting household incomes, the mincome program allocates the funds without set guidelines on how to spend it, allowing the process to be streamlined—an attractive idea in comparison to multiple binding and restricting programs for different allowances. The mincome would be implemented as a “negative income tax,” working as the reverse of a regular income tax, helping to boost those below a designated amount.

In a few Canadian towns and U.S. cities, similar programs have been piloted in the past. The results suggest that although, as expected, hours worked generally decreased as a result of the stipend, there were promising social benefits. Most common benefits seen were higher levels of educational attainment and fewer hospital visits, related specifically to mental health. The findings suggest that granting the poor a regulated guaranteed income alleviates high stress and gives children who often feel the need to help support their families in times of economic turbulence enough stability to stay in school and receive an education. These results have, or course, tremendous benefits for the country in the long-run. Higher educational attainment is associated with lower crime rates and higher workforce and political participation. Among many economists, particularly left-wing anti-poverty activists, the idea of a guaranteed income for those below the poverty line has been a popular topic for many years. However, the new findings have brought the idea back into light.

Still, critics remain. Most commonly, the fear is that the program will allow those who do nor work to continue doing so, comfortably. Also, the fact that the mincome would be funded by higher taxes could bring back the very problems that the policy is trying to eliminate. Still, many experts agree that the benefits outweigh the risks. While the program is still relatively new and therefore lacks the abundant research needed for fierce backing, if implemented in Alberta, more data can be collected to be analyzed for the potential for more widespread implementation. Although the program may seem only feasible for developed countries like Canada and the United States, similar programs have been tested in countries such as India and Malawi. Tailoring the program to fit the needs of the country and of the people could allow for widespread growth and poverty reduction. The program is still experimental, but if the data continues to support the policy, more and more political leaders could be convinced of program’s benefits and broader use.