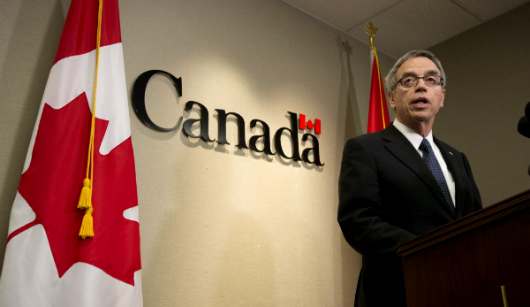 Earlier this month, the Canadian government passed the Extractive Sector Transparency Measures Act (ESTMA), an energy transparency law that aims to shed more light on the financial activity of energy companies in foreign countries. The law applies to nearly 2,000 energy companies that are registered in Canada or listed on Toronto’s stock exchange and will require them to publish detailed records of payments made to foreign governments.

The ESTMA came just before the G7 Summit on June 7, and is the product of Prime Minister Stephen Harper’s commitment at the 2013 G8 Summit to establish stricter standards for the reporting of financial activity by Canadian extractive companies.

The stated purpose of the law is “to foster better transparency to ensure that the resource extractive industries support proper development in the countries where they operate, while at the same time making it harder to conceal illicit payments.” According to Canadian Securities Law, the Act will require affected companies to report any payments made in relation to the commercial development of oil, gas or minerals that exceed either the amount prescribed by regulation or $100,000 on a number of types of payments, including royalties, production entitlements, dividends and infrastructure improvement funding.

While a similar U.S. transparency law has existed since a 2010 amendment to the Dodd-Frank Act, no rules have been officially implemented for extractive industry activity abroad. The Securities and Exchange Commission threw out regulations written in 2013 after a lawsuit from the American Petroleum Institute – the oil industry’s principal U.S. lobbying organization – claimed the regulations were too punitive for its member companies. In the fall of 2014, Oxfam International filed its own lawsuit against the SEC for failure to implement previously mandated regulations and expects a decision “any day now” on whether or not a federal court will set a timeline for the SEC.

As of now, the majority of the world’s largest oil companies, including Exxon Mobil and Chevron, are nor required to report payments made to foreign governments.

For civilians in oil-rich countries, the detriments for allowing foreign energy corporations to extract their resources often outweigh the benefits they realize for hosting them.

“In many countries that are rich in oil, gas and other non-renewable natural resources, the communities from whose territory the resources are extracted bear the brunt of environmental and human rights impacts associated with extractive activity but see few tangible benefits,” said EarthRights International (ERI) in a statement in 2014. “We, along with our partners in Burma and elsewhere, believe that knowing what governments receive from extractive companies is an important step for communities to hold governments responsible for the use of natural resource revenues and to advocate for a fair share of the benefits.”

Since 2009 ERI has worked with Oxfam and other members of the Publish What You Pay Us (PWYP) coalition to fight for revenue transparency in the extractive industry. The stated mission of the PWYP is to “[help] citizens of resource-rich developing countries hold their governments accountable for the management of revenues from the oil, gas and mining industries.”

“Natural resource revenues are an important source of income for governments of over 50 developing countries,” states the PWYP coalition. “When properly managed these revenues should serve as a basis for poverty reduction, economic growth and development rather than exacerbating corruption, conflict and social divisiveness.”

Proponents of stricter oversight of extractive industries note that a lack of financial transparency raises doubts as to how much civilians in host countries benefit from the extraction of their resources by foreign energy companies. Detailed records published by energy companies will reveal more precisely who is benefiting from extractive industry spending and whether – and to what degree – recipient governments use that spending to benefit their own people.