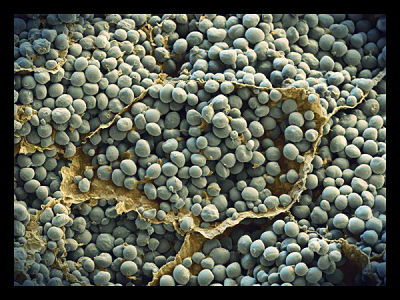 When considering the most pressing issues confronting global poverty in the next 30 to 40 years, none are more alarming than the food shortages predicted to accompany a worldwide population of over nine billion people. In an effort to ameliorate future food insecurity, more and more research funding has been allocated towards finding sustainable, nutrient-dense complex carbohydrates capable of meeting the caloric demands of a greatly expanded populace. Quite astonishingly, in a turn of events that have even researchers optimistic about future food security challenges, scientists have recently discovered a way of converting cellulose into starch.

Researchers at Virginia Tech’s College of Agricultural and Life Sciences, along with their College of Engineering devised an ingenious method of converting cellulose into starch by utilizing a process involving cascading enzymes. Basically, enzymatic reactions transform cellulose – an abundant carbohydrate contained in the cell wall of plants – into amylose and ethanol, which means that absolutely nothing goes to waste. The potential of the cellulose to starch conversion opens up exciting new frontiers in the fight against world hunger, as humans generally derive 20 to 40 percent of their daily caloric intake from complex carbohydrates such as starch.

In regards to the process of converting cellulose into starch, Associate Professor of Biological Systems Engineering Y.H. Percival Zhang remarked that “Cellulose and starch have the same chemical formula, the difference is in their chemical linkages. Our idea is to use an enzyme cascade to break up the bonds in cellulose, enabling their reconfiguration as starch.”

Scientific breakthroughs such as converting cellulose into starch serve to unlock the potential of feeding the entire world’s population without the necessary land, water, and fertilizer usage that wreaks havoc on the earth’s delicate ecosystems. Furthermore, by harnessing the scientific technology necessary to transform something as abundant as plant cellulose into a viable human food source, future challenges such as global food security are looking much more surmountable.