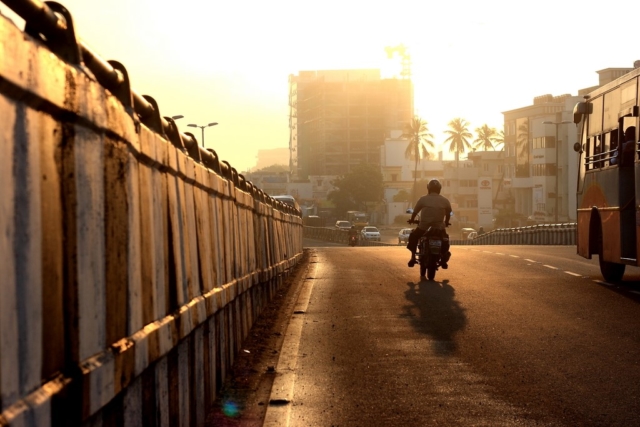 Congress has been negotiating the size and scope of a domestic infrastructure bill for most of Joe Biden’s presidency. Still, action is necessary to further infrastructure abroad. The U.S. and its allies in the G7 recognize this need and have launched the Build Back Better World Initiative (B3W) to address global infrastructure challenges. A closer look at the initiative provides insight into the state of infrastructure in low and middle-income countries around the world.

Infrastructure projects are also important for developing nations because the projects can be a major source of employment, spurring economic growth and allowing workers to gain new skills. The White House currently estimates that the infrastructure needed in low and middle-income countries globally totals more than $40 trillion.

Infrastructure gaps are significant because the gaps hinder economic growth. According to World Bank research, “Every 10% increase in infrastructure provision increases [economic] output by approximately 1% in the long term.” In other words, spending on infrastructure grows an economy. Further, as environmental challenges continue to threaten nations around the world, the World Bank says that even small investments in climate-resilient infrastructure can save trillions of dollars in recovery efforts.

The Build Back Better World Initiative

Partnering with G7 nations, the U.S. launched the B3W to alleviate some of the problems associated with infrastructure gaps. The White House will look toward not only its allies but the private sector for hundreds of billions of dollars in funding for infrastructure investment. The administration says that it will leverage partnerships with the private sector because “status quo funding and financing approaches are inadequate” to meet the size of these challenges.

The focus for projects is four distinct areas, including climate, health, digital technology and gender equity. The aim is to reach all around the world with different partners, but, USAID and other U.S. development groups will take leading roles. However, there is still an understanding that local needs will be a priority, as “infrastructure that is developed in partnership with those whom it benefits will last longer and generate more development impact.”

The Biden administration has stressed the importance of good governance in foreign assistance and has already noted the importance of using B3W as a way to encourage full transparency with monitoring tools, common contracts and metrics for evaluation.

The Build Back Better World Initiative and US Interest

Foreign assistance supports U.S. strategic interests, which is why Deputy National Security Advisor for International Economics Daleep Singh has indicated support for the initiative. In recent years, especially when the U.S. has taken a step back from foreign affairs, China has accelerated spending on global infrastructure with the Belt and Road Initiative.

However, Singh indicates that the point of the initiative is not to inflame hostilities or work as an anti-China group but rather to provide an alternative to Belt and Road financing. The goal is to “rally countries around a positive agenda that projects our shared values.” B3W supports U.S. interests by providing an alternative and showing that the U.S. is once again ready and willing to be a good partner for the world.