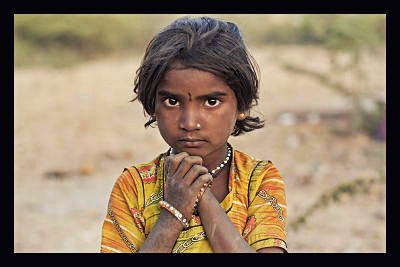 In many parts of the world, including the United States, brothels exist. They have astounding symmetry in areas with high rates of  poverty and gender inequality. Workers receive little to no pay. Often former victims of human trafficking and prostitution become brothel owners. Women make up the majority of owners. The end of the road for women and children who have been trafficked for commercial sex purposes is usually a club or brothel.
​
Sadly, what many do not realize is that the women found in brothels are often not forced, but only do so as a result of economic desperation. However, some of the younger victims are held captive, sold by their families or born into the brothel.

Born into the Brothel refers to children of brothel workers, whose other female family members have been brothel workers. These children grow up living in the brothel. Recruitment for brothels is often easy due to the extreme poverty and vast need for economic resources. Essentially, brothels target low income areas as a primary source for recruitment.

Brothels generally avoid areas with a high concentration of NGOs and law enforcement. Therefore, rural areas absent of NGOs are now being targeted by brothels. In these areas, there is a lack of law enforcement involvement and organizations to empower women. The recruitment efforts are based on the use of economic exploitation.

Recruitment is often done by elderly women who are either former brothel workers or came from impoverished communities. Now, having obtained their own brothels, they exploit their own past experience of economic need. These women send older prostitutes back to their own villages or villages known to be poor to recruit new staff for their establishment.

According to reports from UNICEF of the women that end up in brothels in Asian countries such as Nepal, 86 percent did not know that they were going to become apart of the sex market when they left home. Furthermore, of those victims, 82 percent were promised jobs that did not include working at a brothel in prostitution. Families that covet advanced earnings due to economic need, willingly send their daughters. In regions such as Southeast Asia, husbands are permitted to sell their wives to brothels legally. Rural areas have become breeding grounds for girls who become forced into the sex industry. The supply is continuous due to the cycle of poverty in these regions.