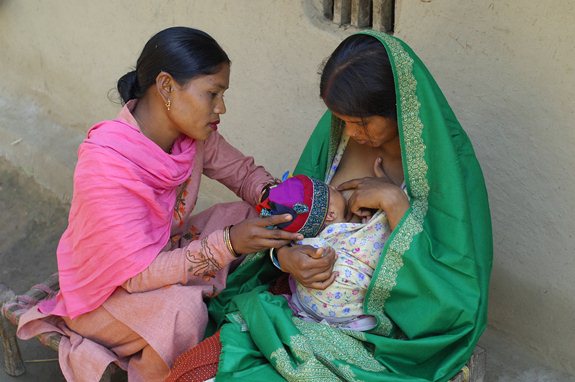 Health experts and activists are calling for the government in the Indian state of Assam to create public breastfeeding areas in India.

Assam, a state in northeast India, has a bad record when it comes to maternal and infant mortality rates.

With Aug. 1-7 being World Breastfeeding Week, the spotlight has shifted to Assam, where there are no public facilities available for women to breastfeed. As a result, mothers who are lactating often have a difficult time comfortably attending to their infants.

The difficulty is greater for mothers in rural areas, where malnutrition rates in infants are higher. Additionally, mothers who are working do not have the ability to meet their babies’ needs in a timely matter.

Those engaged in World Breastfeeding Week are also asking for uniformity when it comes to maternity leave. Organizations such as the Association of Promotion of Child Nutrition (APCN) and Breastfeeding Promotion Network of India (BPNI) are calling on the state government to implement consistent leave in both the public and private sectors for working mothers.

Currently, women working in the public sector are granted a leave of six months, but most are unaware they can take a leave to care for their babies, as the parameter is not implemented uniformly in the sector.

While women are granted a leave of between three and four and a half months in the private sector, most workplaces in the public and private sectors lack the proper facilities to allow women to breastfeed, leading to problems for mothers.