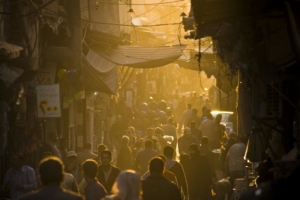 More than half of Syria’s population is labeled as food insecure: about 8 million people do not have access to a reliable food source. Syria is facing a major bread shortage, the first since the country’s civil war. During that time, citizens had to cut back their meals drastically due to the minimal harvest. Now, without reliable access to food, projections show that more than 500,000 children could become chronically malnourished. The shortage adds to the many other issues the country currently faces, including the civil war and the COVID-19 pandemic. This problem has a variety of implications. However, one stands out as essentially alarming: the bread shortage in Syria is deepening poverty.

The Importance of Wheat

In Syria, people consider wheat the staple ‘staff of life.’ As a sustainable agricultural product, farmers sow more than a quarter of land in Syria with wheat. The people depend on this crop as a steady food source, as it can serve poor communities in a harsh economic environment. Bread derives from wheat and is popular in the Syrian diet. If there is a disruption in government assistance to bread productivity, the entire Syrian population could be at risk of food shortages.

The United States enforced the Caesar Act on Syria. This restricts humanitarian aid t0 hold President Bashar al-Assad’s government accountable for war crimes. Many Syrians dislike the Western sanctions, believing they have created overall hardships for the country: for example, the value of Syrian currency has dropped immensely due to the sanction and other contributing factors. President Assad was not able to financially compensate for the shortcomings in imports.

The Syrian President wanted to implement a rationing system in response. During the bread shortage, Syrians would be able to purchase government-rationed goods through authorized retailers. A smart card system facilitated the distribution, but only in the capital of Damascus and in Rif-Dimashq. As a result, the smart card system—and, thus, bread rations—was not accessible to all.

Western sanctions did not restrict food but implemented banking restrictions that froze assets. This action led to a trade difficulty for Syrian businesses. Grain traders were unable to conduct business as normal, and the government had to rely on businessmen to conduct bread transactions.

Living During a Bread Shortage

Overall price increases have made it difficult for Syrians to survive amidst these turbulent times: one Syrian’s monthly salary of 50,000 pounds ($21), for instance, is not enough to live on. Living on less than $1 per day makes it difficult for Syrians to eat, afford living expenses and obtain other necessities. Many citizens live in debt, and some even sell their furniture to pay their cost of living.

Food prices have also drastically increased, making it even more challenging for Syrians to eat a simple meal. Through the ration card, one family can get two kilograms of sugar, one kilogram of rice and 200 grams of tea. This amount of food should supposedly feed an entire family. However, the low quality of these products motivated many Syrians to wait in long lines for bread.

To alleviate poverty resulting from the bread shortage in Syria, the World Food Programme (WFP) provides assistance to more than 4.5 million food-insecure Syrians each month. WFP improves nutrition for malnourished families by providing emergency food during times of national hardship. Syrian mothers and children are at the greatest risk of malnutrition. WFP accordingly provides those in need with food vouchers to promote a healthy diet. Although the wheat shortage caused Syrians to cut their three meals a day to two, WFP continues to help alleviate this disparity by donating meals to families and lunches to children during school.

Wheat is a major component of the Syrian diet. The bread shortage in Syria has disrupted many lives by leaving individuals and families without sustainable amounts of food. The government introduced bread rations, yet families still go hungry with minute portions. Although Syria requires more progress, assistance from programs like WFP provides hope to those in need.