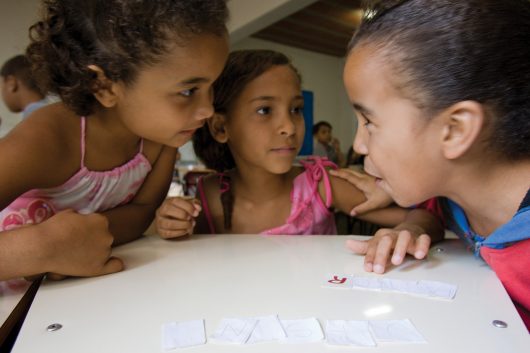 Brazil’s government has recently been attempting to tackle its economic recession by offering Brazilian farmers and ranchers $8 billion in financing. The country is slowly transforming into a crop-exporter. Not only is the government investing more money in the agricultural sector, but it is also paying Brazilian farmers to produce food for children enrolled in government schools.

As many as 45 million students are being fed by what is the world’s largest universal school feeding program. The program was originally developed in the 1950s, in response to Brazil’s “zero hunger” initiative. A quarter of the country is currently receiving free meals through this program, and the Brazilian farmers are benefiting directly from the government, as well.

For the past three years, farmers have been able to cut out the middlemen and form an agreement directly with the government. Before, farmers had to make unfulfilling deals with the middlemen on whom they depended to sell their produce.

Brazilian farmers who have a school feeding contract with the government have seen their fortunes increase thanks to a dependable local market and formalized land rights nationwide. The contracts outline the required amount of food that the farmers need to produce and how much money the farmers will get in return. This gives farmers the certainty to plan for investment in new essentials and technology. Overall, incomes have increased significantly due to the resourceful and thoughtfully formulated plans made by the government.

The other small farmers with no formal land title deeds still benefit from the program because of their direct relationship with the state through the school feeding program. These small farmers, with the income they receive from the government, are able to take steps towards gaining title deeds.

In 2009, Brazil introduced a new law that requires schools to spend at least 30 percent of their meal budgets on produce from small farms. Many schools are now giving priority to small, local farms, and 70 percent of food consumed in Brazil comes from small farms. Before these changes were made to help small, local farms in Brazil, the market for school meals was primarily dominated by big food companies, and by middlemen who would exploit small farmers’ business.

Brazil is better known for its large industrial farms which produce the country’s top export commodities such as sugarcane, oranges and soy. However, most food consumed by Brazilians is grown by small family farms. These family farmers are often poor and cannot compete with industrial farms. Thus, they are inevitably forced to give up their farms and move to cities in search of better job opportunities.

The new school feeding program has not only helped keep children well fed, but has also cut government spending on school meals by cutting out the middlemen, and has increased the income for Brazilian farmers. Brazil is making great progress in trying to fix its economy by investing in agriculture and, more specifically, small family farms that feed the country.

Sustainable Solutions: How to End Hunger 10 Disturbing Facts About the Somali Civil War
Scroll to top