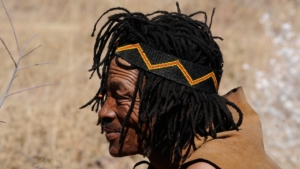 Botswana is a landlocked country with an economy heavily based in the mining industry, having discovered diamonds around the time of independence. This subsequently kickstarted a parting from its agricultural and farming sectors. Botswana also depends on foreign trade with countries such as South Africa and Mozambique. Throughout the past 40 years, Botswana’s success has been startling in the face of the underdevelopment that often plagues other African nations. From 1985 to 1994, the number of impoverished people decreased by 17 percent and by 1990, child mortality rates had dropped from 18 percent to 4.5 percent for Africa as a whole.

Many have largely viewed Botswana’s success as a shining star in the narrative of post-colonial Africa, and rightfully so. Since its independence in the 1970s, Botswana has maintained democratic institutions, a relatively stable and growing economy, inclusive social constructions and avoided the violence of civil war that has plagued its neighbors for decades. This country exemplifies the importance of establishing inclusive institutions to positively affect development through policies that aim to hold its leaders accountable and remain based in a market economy.

As an example of hope in an otherwise tumultuous sub-Saharan Africa, Botswana’s success is somewhat due to luck and chance. Historically, the discovery of diamonds and other reserves of natural resources has resulted in high levels of corruption and economic instability. Botswana instead had leaders who chose to allocate profits from the diamond sector to fund government programming. The country was able to rewrite its story after colonial rule and avoided the strife that often comes out of independence. It is difficult to find objective reasons as to why Botswana’s success has been so largely beneficial when the events that led to prosperity seem circumstantial.

Some often raise questions about the reasoning behind Botswana’s growth and the answers to these mostly point to the critical instance of having good leaders working to develop a system of government that thrives on government accountability; something that many other African governments have not yet achieved. The emphasis on Botswana as a model for African success is blatant and justified, however, it is important that while it has been widely profitable and stable, the establishment of institutions comes with problems. Unemployment rates are high due to a disparity between the number of educated people and jobs available and HIV/AIDS rates are among the highest in the world. Additionally, while the economy has been doing well, it is not diversified.

Botswana’s success is a model for the possible future for sub-Saharan Africa. To assume that other countries currently transitioning from the post-colonial rule are the same in establishment and practice would be to discount individual differences that differing cultural and societal norms display. But, Botswana is an exception, and there is something to gain from discussing and analyzing its place as a nation in Africa. The success story of this country is an example of hope for a better future for other African countries struggling after extractive colonial rule and presents an opportunity to see Botswana as an example of a nation in the developing world.