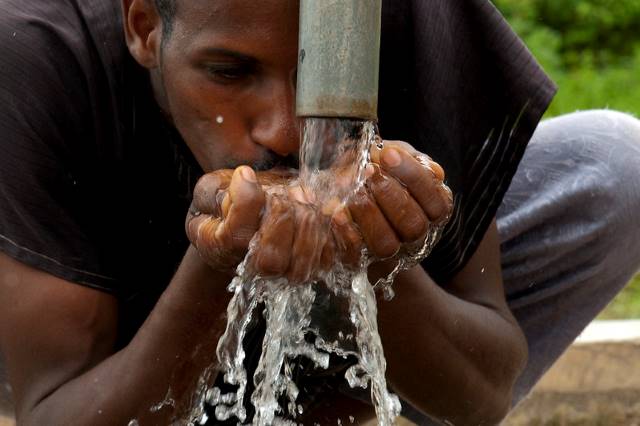 India is one of the many nations experiencing problems generating clean water for its population. More than 50% of India’s population cannot access safe drinking water. Like most of the world, the country currently adds chlorine to most of its drinking water sources to kill parasites, bacteria and viruses. While chlorination is effective at killing harmful pollutants, it generates harmful disinfection byproducts (DBPs) that include haloacetic acids (HAAs). These byproducts have links to colon cancer, negative reproductive effects during pregnancy and bladder cancer. Researchers at the Indian Institute of Technology studying the Ganga River, a water source for more than 200,000 Indian citizens, have found an effective way to remove most haloacetic acids from their drinking water. Using biological activated carbon filtration systems, the researchers were able to minimize HAAs.

Clean water is essential for life. With access to safe water, societies can turn their problems into potential and their citizens can flourish. Unfortunately, according to Water.org, almost 795 million people (one in nine) lack access to adequate drinking water and more than two billion people do not have toilets. Additionally, 4.2 billion people lack adequate sanitation services whereas three billion cannot access proper handwashing stations.

The effects of the water crisis are not limited to just health. The time that people spend finding passable water and safe sanitation accounts for billions in lost economic opportunities. Water.org has estimated that people lose $260 billion each year from subpar basic water and sanitation. Further, many children lose time enriching their education because they have to collect water for their families.

Issues revolving around accessibility to clean water will only increase in the years to come. Experts predict that water demand is going to increase over the next 30 years due to over-exploited groundwater, population growth, urbanization and rising industrial demand. However, recent technological advancements using biological activated carbon filtration systems could provide a simple and cost-effective solution.

However, these biofilters do have some minor drawbacks. They are unable to remove other contaminants such as iron and nitrate. Therefore, filters such as green sand or reverse osmosis (RO) may be necessary with the biological activated carbon filters to remove all potentially harmful pollutants from the water.

While the current statistics portray a harrowing present and future for clean drinking water accessibility, there are still reasons to remain optimistic. In India, biological activated carbon filtration systems coupled with chlorination are an effective and cost-effective method to increase clean water accessibility. If one adds reverse osmosis to this method and increases the scale, the Indian population could have nearly perfect drinking water.

As the international community continues to invest and filtration technology improves, the number of citizens lacking access to clean water and sanitation will rapidly decrease.