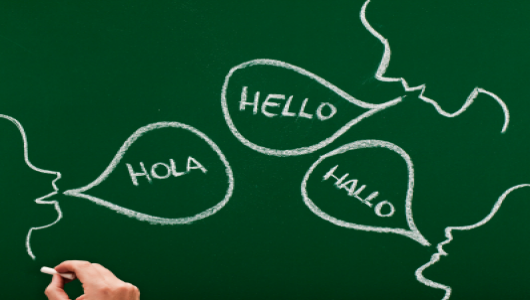 Charlemagne once said, “To have another language is to possess a second soul.” Learning a language is something most of us strive to do. Whether it’s travel, business, new friends or even literature, learning a new language is something that appeals to people for a wide variety of reasons. At its core, language learning is kind of like finding a key that unlocks new countries, cultures, and people.

However, recent studies have shown that there’s an advantage to being bilingual beyond the ability to immerse oneself in new places. Researchers have found that those who learn a second (or third, or fourth) language have more gray matter in the “executive control areas” of their brains in the frontal and parietal regions. This extra tissue supports memory management, reasoning, planning and problem-solving. The cognitive control required to determine which language is spoken in what context requires increased tissue growth that leads to better control over other brain functions as well.

The study, led by Dr. Olumide Olulade, found that this advantage was only present in individuals who spoke both languages out loud. English-American Sign Language bilinguals did not have increased brain matter while English-Spanish bilinguals did. Communication, the greatest part of language learning, is key to increased development.

Beyond enforced executive control skills, people who speak more than one language have been shown to have improved listening skills, multi-tasking abilities, attention spans and vocabulary in their mother tongue. Beyond this, they learn to perceive the world in a whole different way and come into contact on a deeper level with a greater number of people.

And the fastest, easiest way to learn a new language? Visit a new country. Live amongst new people, visit local haunts, read books in the new language. Fully immerse yourself not only in a new language, but a new way of life. That way, when you become proficient enough to speak to your new friends, you’ll be a true inhabitant of this new place. Becoming a global citizen not only means being able to interact with people from around the world, but also sharing their mindsets, cultural references and perspectives. Global citizens are knowledgeable and, more importantly, compassionate about people in all corners of the world.