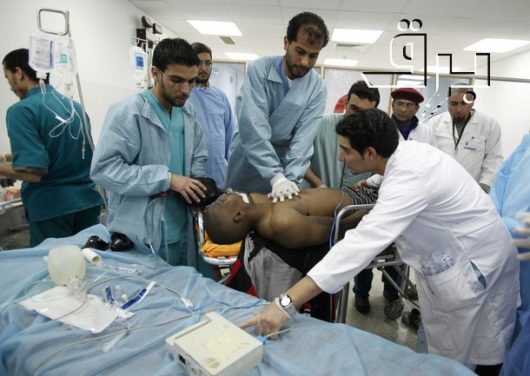 The United States declared it carried out a series of airstrikes on the Libyan city of Sirte, an ISIS stronghold, at the request of the Libyan government in August 2016.

The strikes came after nearly two years of concentrated efforts by the U.S. and Libyan governments to remove ISIS from Sirte; a strategically important city located directly between two of Libya’s largest cities, Benghazi and Tripoli.

The erasure of ISIS’s presence from Sirte means the city’s residents will be able to enjoy a higher standard of living, increased access to food and fuel and control of their incomes. Reclaiming the city from ISIS also means that healthcare in Libya will be one step closer to returning to pre-2011 standards.

Regaining control of Sirte will allow the Libyan government and certain NGOs, such as Doctors Without Borders, to begin safely providing much-needed healthcare services to the city’s residents.

Healthcare providers in Libya will be able to distribute resources across the country more evenly as they are needed, especially between Benghazi and Tripoli.

On a more significant level, overcoming the ISIS presence in Libya will remove one of the larger issues that the country has had to contend with during its rebuilding process, which has been ongoing since the country experienced a wave of revolutionary action during the Arab Spring in 2011.

Currently, the country lacks a central government as numerous opposing factions emerged after the fall of the Gaddafi regime.

A U.N.-backed entity known as the Government of National Accord recently made the most significant strides in uniting the country. They will undoubtedly find the task easier with ISIS’s removal.

A successfully unified government would likely see the return of a functioning and well-equipped healthcare system; something that the country has been sorely lacking since 2011.

According to Doctors Without Borders, many hospitals have been forced to close in recent years due to lack of funds, lack of staff members and concerns about security.

A fully functioning government would be able to solve the coordination problems currently preventing the distribution of funds and supplies.

They would be also able to effectively provide secure environments for hospitals and healthcare providers to safely operate.

More funds, supplies and increased security would allow for the return of foreign-born healthcare workers, many of whom left in the wake of 2011 upheaval.