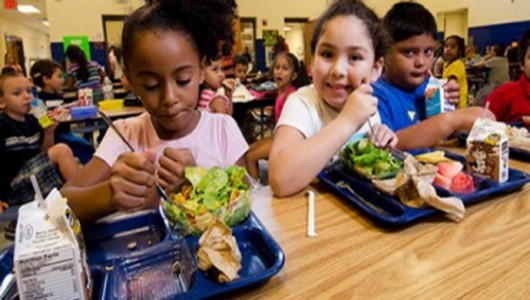 Worldwide, approximately 805 million people are classified as hungry. They do not have access to enough food to provide adequate nutrition and calories, putting them at risk for malnutrition or starvation. Although most of those affected by world hunger live in developing countries, about 15 million people in developed countries also struggle to put enough food on the table.

For children, struggling with hunger can be particularly devastating. As of 2013, about 15.8 million children in the United States live in food insecure households, and households with children reported food insecurity at a higher rate than those without.

Hunger has a clear negative impact on children’s education. Inadequate nutrition has been proven to delay brain development and impair the ability to learn. Children who do not have enough to eat at home often receive lower test scores and have more absences. They are also more likely to repeat a grade. Their reduced academic achievements could be linked to the fact that hunger can impair one’s ability to concentrate. Furthermore, they display more behavioral problems, such as higher rates of aggression and oppositional behavior.

Without enough food, children cannot properly learn. Recently, Baltimore City, where 84% of children qualified for the Free and Reduced Price Meal Program, has made tackling this issue a priority. Despite the fact that Maryland is one of the wealthiest states in America, 36.5%of Baltimore’s children live below the poverty level. Now, they can all receive a free breakfast and lunch at school, regardless of income level.

The Community Eligibility Provision, a part of the Healthy, Hunger-Free Kids Act of 2010, states that entire schools are eligible for free meals if 40% of the students come from low-income families. Maryland adopted this program under state legislation passed in the General Assembly. Over 2,000 U.S. districts are now participating in this program, with Baltimore City as the largest.

The federal government will be reimbursing the schools based on the number of meals that they serve, so the district does not anticipate any negative financial impact. Previously, students eligible for free or reduced meals may not have claimed them for a number of reasons. They may have been embarrassed or did not realize that they qualified. If their parents or guardians spoke limited English or struggled to fill out the paperwork for another reason, they may never have received free meals. Now, any stigma and limitations are gone and all students have access to free meals with no explanations or paperwork necessary.

This program is a step forward in ending childhood hunger in the United States. Other developed countries have similar programs. In Finland, legislation passed in 1948 allows free meals for all students from pre-primary to upper-secondary education. All enrolled in compulsory education enjoy free school lunches regardless of income in Sweden and Estonia. While many developing countries utilize school feeding programs with the assistance of organizations such as the World Food Programme or UNICEF, the programs in Finland, Estonia, Sweden and now Baltimore could provide a model for other developed countries to follow. Feeding the world’s children goes hand-in-hand with providing quality education.