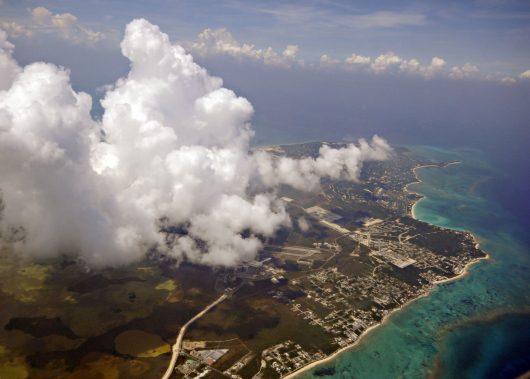 The Bahamas National Feeding Network (BNFN) and AML Foods Limited have collaborated to award 60 single mothers with $100 gift vouchers for the purchase of staples, ground produce and other food items. This initiative is one of their many attempts to expunge hunger among local Bahamians.

In 2013, the Commonwealth Government of the Bahamas, with the support of the Inter-American Development Bank and the Department of Statistics conducted a household outlay revealing 12.5% of the population in the Bahamas lives in poverty conditions. The poverty rate is significantly higher in the Family Islands at 17.2% and New Providence at 12.4%.

The women were selected by community leaders who believed that they would be suitable beneficiaries of the Bahamas National Feeding Network Initiative. These women are faced with the economic hardship of single parenthood.

The Bahamas National Feeding Network is a non-profit group that consists of 13 individual organizations who have decided to tackle the hunger crisis evident among the archipelago of islands. The Feeding Network started in 2013 and has been in operation for the past three years. The main function of the organization is to collect and distribute food items to the indigent living among the Bahamian enclave.

AML foods have committed to donating 100,000 over the next three years towards eradicating hunger in Grand Bahamas. The company has contributed over $30,000 in food coupons through the BNFN. The BNFN has donated more than $350,000 to its web of 110 partners in its three years of operation.

The Bahamas National Feeding Network also provides the foundation for self-empowerment and independence in a sustainable way for poor families. “While we are giving, we are also teaching people to grow,” said diplomat, businessman and philanthropist Frank Crothers, Bahamas Feeding Network Chairman.

More on the Ground

The BFN has also played an integral role in the funding of the Bahamas Children’s Emergency Hostel presenting a $1,000 donation. The temporary childcare facility relies primarily on donations for maintenance and daily functioning such as providing food, supplements, clothes and healthcare for children who have been abandoned or neglected.