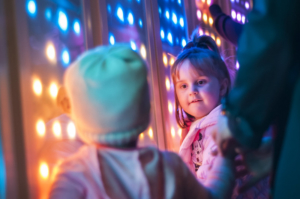 Australia’s new points-based welfare system will come into effect beginning July 1, 2022. The program, which seeks to modify the existing welfare system to make receiving government help accessible to those who need it, is controversial. According to the Department of Education, the program counts various tasks and activities for points.

Attending a job interview, for example, counts for 20 points while completing a job application counts for five, according to The Guardian. Australia, despite having one of the highest GDPs worldwide—ranks 13 out of 195— reports one in eight individuals live in poverty. Australia’s new points-based welfare system seeks to alleviate poverty by encouraging people to enter or reenter the workforce so that they do not require as much welfare.

Proponents of the policy argue that the program will expedite aid to those in need and will make restrictions less rigid. Critics suggest that the program’s reliance on technology to decide which applicants are in need is subject to bias and error, The Guardian reported.

Under the new welfare system, job seekers will not have to satisfy the current requirement of applying to 20 jobs to qualify for welfare payments, which many consider rigid.

Instead, the government will implement a points-based system where jobseekers will need to accumulate a certain number of points over the course of the month to be eligible for the welfare payment for that month. The new system is controversial, as proponents think it will solve some of Australia’s existing welfare issues, while critics suggest that it will limit welfare to those in need.

Though the country’s unemployment rate as of 2022 is 3.5%, which is relatively low, many still find themselves in need of work. In 2020, 13.6% of Australians lived below the poverty line. Scholars and academics in Australia often hold that the country’s political and social structure is much to blame for entrenched inequality.

A 2010 Australian Council of Social Service (ACOSS) report explains that some of the existing inequalities are because Australians are not able to take advantage of their existing opportunities. Other inequalities exist because the system is not able to support the number of people who require aid. Moreover, that report also notes that the number of people living in poverty in 2006 was 11%.

The main problem that Australia faces is that its low unemployment rate masks many of the socio-economic problems that the country faces. Many individuals work part-time or reduced hours, so though they have employment, they are not making the same that a full-time salaried person would make, the ACOSS report shows.

The same report explains that the percentage of Australians living in poverty while working, known as the working poor, has grown by 9.4% from 2003 to 2006. However, the issue remains that although many individuals struggle to make ends meet, they do not qualify for most of the government support that exists in Australia as they have formal employment but are not making enough to live comfortably.

Though most Australians remain in the workforce at least to some extent, the necessary income does not flow to those in need. Therefore, the welfare system is under strain, as people are still in need, though they may find help difficult to come by. Australia’s new points-based welfare system is attempting to redirect aid directly to those most in need.

The poverty rate appears to have slowed during the last decade, as it sits at about 13%. Though 13% is still high, Australians look to the slower rate as a sign that policy-alleviating efforts, such as Australia’s new points-based welfare system, across the country are effective. The new welfare system has not had enough time to go into effect, but those tracking poverty in Australia are hopeful that the new system will curb the poverty rate, as it targets Australians most in need.