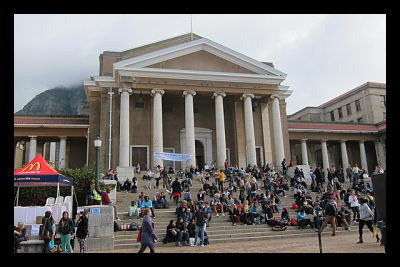 Ever since the fall of apartheid, South Africa has been a popular destination for immigrants from the rest of Sub-Saharan Africa and, to a lesser extent, South Asia and the Middle East. Immigrants seeking job opportunities have settled in townships and many have opened shops and businesses.

There are an estimated two to five million immigrants and foreign migrant workers living in South Africa. The most common countries of origin are Zambia, Zimbabwe, Malawi, Mozambique, Tanzania, Ethiopia, Somalia and Nigeria. Many also come from Pakistan, Bangladesh and Egypt.

But all of this immigration has fueled racial tensions within South Africa. Many South Africans still live in poverty and the official unemployment rate is 25 percent, but many think the real number is higher due to the large informal economy. In poor townships, where the majority of immigrants have settled, unemployment is often near 50 percent.

The high levels of immigration have led to accusations of foreigners taking jobs from locals and of foreign businesses out-competing local ones. Violence against immigrants has become a common occurrence and foreign businesses are often targeted. Most recently, this month has seen a massive wave of anti-immigrant violence in townships in Durban and Johannesburg.

Six people have been killed and thousands of immigrants have been forced from their homes and had their businesses destroyed by mobs. Many are now being housed in refugee camps and several foreign governments have sent buses to evacuate their citizens. The South African government has vowed a swift response and over 300 people have been arrested in connection to the attacks.

Many point to a quote by Zulu King Goodwill Zwelithini as the instigator of the recent violence. The king was quoted as saying that immigrants taking away jobs from South Africans “should pack their belongings and go home.” The attacks began soon afterwards, starting in the townships of Durban that are part of the Zulu homeland. Some think he may be charged with inciting hatred. The king has claimed his quote was misinterpreted in the media.

This is not the first case of violence against immigrants. Earlier in January several people were killed and hundreds injured in mob violence against foreign owned businesses. Such incidents have become increasingly recurring and smaller scale attacks on specific shops or individuals are very common. In some cases South African police have been implicated or directly involved.

The worst wave of violence was in May 2008 when riots and mob attacks killed 62 people, most of them foreign immigrants. The incident shocked South Africa and drew attention to the issue of xenophobia for the first time. Since then it has become a major issue, but many accuse President Zuma of not doing enough to address it. Many South Africans have mobilized to fight against xenophobia and feel such attacks are undermining the country’s long struggle for racial equality. These attacks serve as an important reminder of the role poverty plays in creating racial tensions.