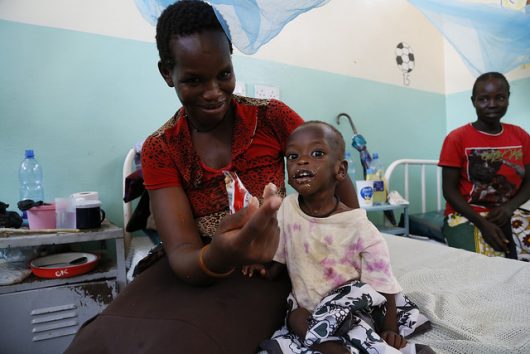 The suburb of Alexandra, South Africa, is now home to Africa’s first pharmacy dispensing unit. ATM pharmacies in South Africa are expected to have a profound effect on the wait time for patients and the efficiency of clinics.

The machine operates as seamlessly as an ATM that dispenses money and completes the transaction in as little as three minutes as opposed to hours. Also known as an “ATM pharmacy,” the unit comes as a convenience to citizens with chronic illnesses, while freeing up space in local clinics. Most importantly, people dependent on medication have another option in receiving repeat medication that does not compromise safety or effectiveness.

The new development comes from experts from nonprofit Right to Care, Right ePharmacy and the Gauteng Department of Health. Right to Care works to provide prevention, care and treatment for HIV and other sexually transmitted diseases as well as tuberculosis and cervical cancer.

The Need for ATM Pharmacies in South Africa

Innovations like ATM pharmacies in South Africa are a step toward higher-quality healthcare, making it easier for patients to be consistent with their medication schedules. One of the main target groups for this project was people with HIV in need of repeat antiretroviral medicine, as South Africa now has the world’s largest AIDS treatment program.

In addition to being overcrowded, some clinics are also understaffed. Nurses may be referred to other clinics to compensate for lack of staff. HIV/AIDS activist Bhekisisa Mazibuko broke into Kgabo clinic pharmacy to make a point about the outlandish wait times for chronic medications in Tshwane, a city not far from Johannesburg. Some patients start waiting in line as early as 3 a.m.

Mazibuko, who lives with HIV, used a brick to break the pharmacy door after it closed for the day at 4 p.m., not attending to patients who had been waiting for hours. He distributed medicine to hypertension, diabetes and HIV patients before being arrested.

Patients whose conditions are stabilized are encouraged to use the pharmacy dispensing unit (PDU), although a referral from a doctor is necessary. The patient engages in a simple process of scanning their personal ID and entering a pin and speaking with a pharmacist via video correspondence.

Through this video chat, patients can be advised and directed on how to take the medication and its possible side effects. The patient then selects their medication which is robotically dispensed along with a receipt. The PDU has served more than 4,000 people and dispensed 18,000 prescription medications so far.

According to Right to Care chief executive Ian Sanne, the amount of time South Africans spend waiting in line at health facilities is quite extensive and is damaging to economic productivity. ATM pharmacies in South Africa is likely just the beginning of many healthcare innovations in Africa.

Understanding How the U.S. Benefits From Foreign Aid to Serbia Insurance in India
Scroll to top