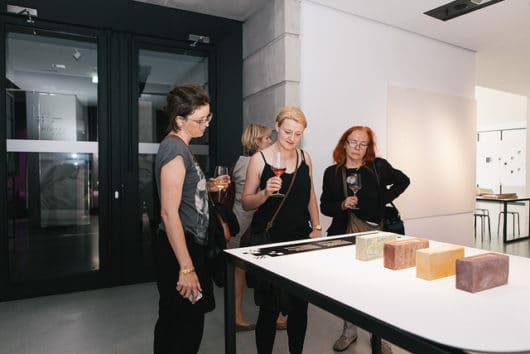 Today, over half of the world’s population lives in urban areas and that number is expected to increase to 68 percent by 2050.  This rapid influx can often put a strain on cities as the need to provide services, infrastructure and housing grows. With so many people expected to move to cities, the need for sustainable housing increases as well. Thankfully, the development of new technologies, such as the recently developed bio-bricks, might be the future of sustainable building.

Low-Income Urban Growth on the Rise

Ninety-six percent of the world’s urban growth through 2030 is projected to occur in the developing world, and the rate of this occurrence is expected to be highest among low-income populations. Sustainable housing is difficult to access for such populations, and new solutions to sustainable development must be implemented if the populations increase as projected.

Current housing shortages exist in Asia, Africa and Latin America, are most noticeable in cities and urban areas and are projected to increase.  Such a housing lack would mean millions of new homes needed to accommodate for growing populations.

Created by students at the University of Cape Town in South Africa, bio-bricks are bricks made by combining sand and human urine through a chemical reaction. The combination creates a new, strong and sustainable building material; the process has been tested before using synthetic urine, but these bricks are the first to use the real fluid.

Bio-bricks are created by colonizing loose sand with bacteria to produce an enzyme called urease.  When combined with urine, the urease starts a chemical reaction that produces calcium carbonate, cementing the sand into place — much like the process that creates coral reefs.  The bricks are versatile and can be made into any shape.

The strength of the material also depends on how long the bacteria is allowed to react, which provides the opportunity to create stronger bricks than current, traditional building materials. The bricks are made in molds at room temperature that produce zero greenhouse emissions, unlike kiln-fired bricks which bake at a high temperature and produce large amounts of carbon dioxide.

In addition, the urine used in the process is collected through a waterless urinal, where nitrogen and phosphorous are separated and turned into fertilizer. The remaining liquid is then separated and combined with the sand to create the bio-bricks.  It takes about one week for the process to occur and the bricks to be made, and there are no health risks posed by using human waste.

Before these bio-bricks can be used commercially, infrastructure needs to be put in place to collect urine. Each brick needs between 25-30 liters of the liquid to grow, but the eventual cost of large-scale collection is unclear as no infrastructure currently exists. BioMASON, the company that tested this process with synthetic urine, had the capabilities of making 5,000 bricks every two days, but needs the appropriate infrastructure to make such potential a reality.

Once the logistics are worked out, bio-bricks will still face a social hurdle. Large-scale collection and use of urine are not yet socially acceptable, and the bricks do produce a strong ammonia smell when first made (although it dissipates after about 48 hours).