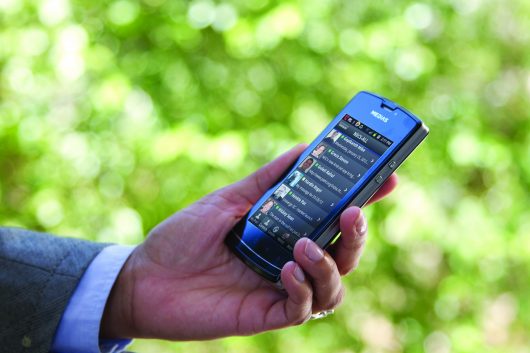 Approximately 5.3 percent of the world’s population lives with hearing loss. That amounts to 360 million people across the globe. The disability is more prevalent in developing countries, where most of the deaf population is also illiterate. MindRocket, a startup company in Jordan, seeks to improve the deaf community’s engagement in society by developing an app for the illiterate and deaf.

In developing nations, most deaf and hearing-impaired children rarely receive formal schooling. Those who do usually don’t advance past third or fourth grade level and struggle with reading. This lack of schooling paired with communication struggles creates a gap between the deaf and hearing communities. This resulted in a high unemployment rate among the deaf. A higher percent of those with hearing loss work low-grade jobs compared to those in the hearing workforce.

There are some resources that translate spoken word into written word instantly, yet these apps do not help the deaf that cannot read. MindRocket’s founder, Mahmood Darawsheh, noticed this unfair disadvantage and felt compelled to help. He started his company aiming to create technologies to assist the deaf. Their first product, Mimix 3D, is a mobile app that translates written or spoken English into American Sign Language acted out by an avatar. The app is available for both iOS and Android.

The company also developed an Arabic version for Android called Turjuman, which has reached 10,000 users. This app was more challenging to develop due many different dialects spoken in the Middle East and North Africa. It currently understands the Gulf countries and the Levant dialects.

The app allows for a hearing-enabled person to speak or write a message that the avatar will immediately act out. The deaf participant can reply through a sign language keyboard that will translate the symbols into written text. MindRocket plans to develop a web plug-in where website content can be translated through avatar hand symbols appearing on screen. They are looking doing the same for movies as well.

Darawsheh believes that his app for the illiterate and deaf should be free for those who require its assistance as well as those who wish to learn sign language. He hopes that products will help integrate deaf communities into the public and private sector,as well as improve their engagement and independence in society.