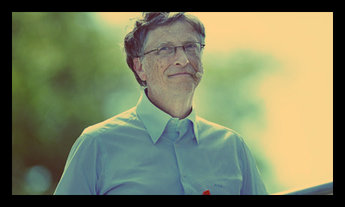 Over the weekend, a rally in London attended by thousands sought to raise awareness around the issue of global hunger and encourage leaders, before the G8 summit later this month, to make ending hunger a top priority. The rally was in London’s famous Hyde Park. It was hosted by the “Enough Food for Everyone – IF” campaign and boasted the likes of Bill Gates and “Slumdog Millionaire” director Danny Boyle.

Prime Minister David Cameron hosted talks on malnutrition and led the discussion around the fight against global hunger. Boyle believes we can end hunger and that is necessary to do so.  Boyle hopes in a day when no countries which participate in the Olympics will have children dying of hunger. It’s a high goal, but a realistic one according to supporters at the rally.

The G8 summit is set to be held in Northern Ireland on June 17-18 and the rally hoped to put malnutrition on the radar of governments, NGOs, businesses, and nonprofits attending the summit. Cameron discussed the topic with Vice President of Brazil Michel Temer and received a pledge of $4.15 billion by 2020 and a renewed commitment to fight against hunger and malnutrition.  Also in attendance were representatives from 19 African countries, numerous donor countries such at the US and Japan, the EU, the World Bank, the World Health Organisation, and UNICEF.

A rally bringing together some of the global leaders in the fight against poverty and hunger is sure to make waves and spread awareness, which is what the Prime Minister hoped to do. Leaders are encouraging those at the G8 summit to focus priorities on hunger and malnutrition. Such action is another important step in the creation of the next generation of development goals.

Source: The News
Photo: The Guardian