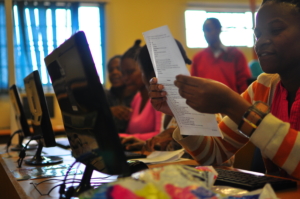 The value that software and technology have added to the U.S. economy is undeniable. The tech industry in Africa has a promising future. Technology in Africa has grown the most in the startup world. There are two ways that startups and companies have specifically invested in African tech by providing supplements to improve education and agriculture. A variety of recent education startups under the category “edtech” have made news as they entered a Cape Town-based incubator called Injini. Three of the eight startups highlight recent technology in Africa to aid in education:

Impacts of Investing in Tech

In terms of agriculture, larger companies like Google have invested in tech that helps farmers in Africa. Using a product called TensorFlow, farmers can take photos of their plants to diagnose unhealthy or diseased crops. This product originated at Google’s tech-center in Accra, Ghana.

Investments in Africa have also occurred on a broader level. A variety of financial institutions, such as the CDC group from the United Kingdom and FinDev from Canada, have started an initiative called 2X Invest2Impact with a goal of reaching and empowering women-owned businesses. This initiative is partially due to the fact that Africa has the most women entrepreneurs of any country.

Grassroots and high-level initiatives are part of larger developments in Africa’s landscape. In countries like Rwanda, the population of educated people has jumped from 4,000 to 86,000 in just 20 years. Investing in technology in Africa means investing in the next level of growth in the tech industry and helping those in poverty gain access to educational opportunities.