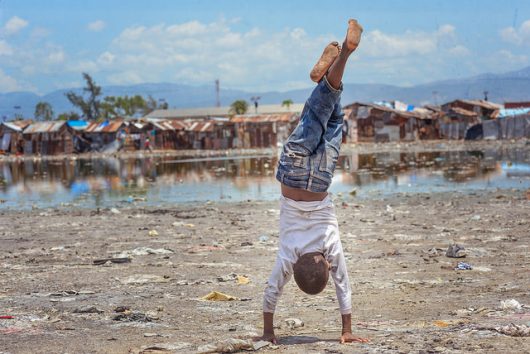 While many would like to believe that humans are naturally altruistic, evolutionary psychology says otherwise. With progressively more people influenced by hyper-consumerism in the West, it is increasingly difficult for individuals to feel the need to give to the world’s poor at the loss of their own resources. Cognitive dissonance about poverty may be an innate aspect of human behavior, but that does not mean it cannot be altered or manipulated for the good of others.

According to Merriam Webster, cognitive dissonance is defined as a “psychological conflict resulting from incongruous beliefs and attitudes held simultaneously.” An individual who experiences cognitive dissonance often feels discomfort and the need to restore a sense of balance to oneself when experiencing this inner conflict, often resulting in compromising either one’s attitude or behavior. This is often demonstrated in the context of ending global poverty; many people have the means to allot portions of their income toward helping the world’s poor but instead use it for personal use such as luxurious commodities.

Have humans psychologically evolved in a way that makes it impossible to be holistically altruistic? While deciding on how one’s money is spent comes down to a conscious choice, the way one’s brain ciphers through priorities to make that choice is a fairly complex process called “psychic numbing.” Ultimately, this process makes humans prioritize resources based on immediacy and the gravity of a need. While some may feel compelled to contribute to local issues of poverty such as homelessness or poor school systems, purifying the drinking water of children overseas surely is not a top priority for most when deciding on how to spend money.

Another psychological obstacle many experience associated with cognitive dissonance about global poverty is the intimidation the problem poses; the threat of global poverty is so expansive many feel that not much can be done to tackle such a substantial issue. In reality, sacrificing nonessential goods and services can save lives.

Although global issues do not carry much weight for individuals on an everyday basis, there are strategies to counter cognitive dissonance about global poverty. For example, using personal anecdotes from those who live in poverty-stricken countries is an effective way to compel people to donate. Real world examples make it harder for people to use denial to rationalize spending $200 on a luxurious evening versus using it toward healing a sick infant from a preventable disease. If one’s attitude towards downsizing global poverty aligns with the behavior of giving, the cognitive dissonance about global poverty one may feel ceases.