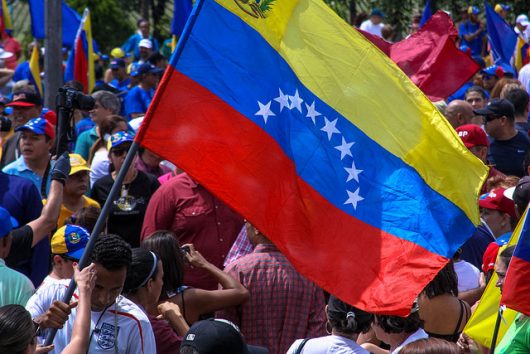 Venezuela continues to face an extreme humanitarian crisis with a failing economy, medicine and food shortages and violence. Thousands have fled, and many of those that remain are struggling to find the necessary resources to survive.

While there are many complex issues involved, alleviating the crisis in Venezuela is within the reach of virtually anyone who wants to contribute. The Cuatro Por Venezuela Foundation is providing the way by collecting donations and resources from individuals throughout the world who want to get involved in the cause.

How Cuatro Por Venezuela alleviating the crisis in Venezuela?

In 2016, The Cuatro Por Venezuela Foundation was founded by four Venezuelan women living in The United States. With the vision of fundraising to deliver resource packages to Venezuelans in need, they have made tremendous progress in a short amount of time, delivering supplies to more than 130 hospitals and institutions in 14 of the 23 states in Venezuela.

The foundation’s Health Program focuses on four core objectives: decreasing the medicine and medical supply shortages, preventing complications from chronic diseases, decreasing the resurgence of diseases through vaccinations and prevention methods and decreasing the mortality of hospitalized patients. The annual report for the organization showed that they served 17,375 medical patients last year.

The desperation associated with the medicine shortages and inflation in Venezuela has led to the rise of black markets. While these markets have created greater access to much-needed medicines, this accessibility comes at a great risk. José Oberto Leal, the President at the School of Medicine in Zulia, Venezuela, has “found that a lot of them [the drugs] have not been maintained at proper temperatures.”

The need for organizations, like Cuatro Por Venezuela, that can properly maintain and deliver these very medications is abundant in times like these. Its efforts are vital to alleviating further medical issues for locals in a time when medical institutions are unstable, understaffed and lacking in resources.

Other Projects by Cuatro Por Venezuela

Beyond fundraising and mailing supplies, the organization is getting involved on the ground alleviating the crisis in Venezuela. One of the foundation’s most recent projects, Projecto Nodriza in Petare, Caracas, is delivering food to mothers in the area to use to cook for their families. They are also sending nutritionists to guide local mothers on ways in which they can eat properly and provide proper natal care for their babies with limited resources.

The organization’s Food Program is its newest branch, having started in May 2017. In just seven months, 20,000 meals were delivered to orphanages, nursing homes and to local organizations that cook for the homeless. Meals were also delivered to rural schools, providing students with at least one meal a day on school days and weekends.

As the economy has failed, so too have the school systems in Venezuela. Annual school dropout rates have doubled since 2011, in part due to the inability of many low-income families to buy school uniforms, shoes, backpacks and other required supplies, according to the foundation. Cuatro Por Venezuela is not only addressing the health and food crises but it is also improving access to education for low-income children through a program called Schools with Smiles.

Cuatro Por Venezuela is alleviating the crisis in Venezuela on several levels. In doing so, they are providing a platform for ordinary people to get involved, whether it be through their grassroots initiatives on the ground in local communities or from afar through donations and resource packages. As a U.S. based foundation, Cuatro Por Venezuela’s grassroots initiatives allow them to have a meaningful impact on the lives of the people they serve and ensure that their donors’ dollars are making it to those communities as well.

While solving the grand issues behind the economic crisis in Venezuela may not be in the foundation’s repertoire, making a difference in the lives of those most affected by the crisis is. The efforts of Cuatro Por Venezuela, as well as those of its partners and donors, have and will continue to be a key part of alleviating the crisis in Venezuela.