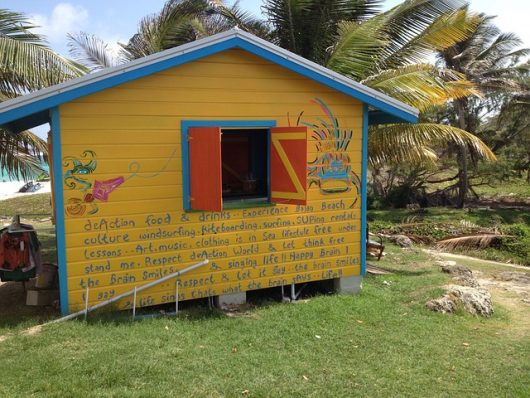 Since the 1950s, the Barbados economy has been drastically overhauled. Transforming from a primarily agricultural economy to one that is primarily service and innovation oriented, Barbados has continued to modernize its economy over the past half century. However, a large part of its economy is based on the tourism industry – one that is notorious for slow growth – leaving 26.2 percent of the population unemployed.

The Barbados poverty rate stands at 19 percent for individuals. This is a significant increase from the 13.9 percent poverty rate reported in 1998, and it does not bode well for an economy largely dependent on foreign tourism. Though the poverty line has shifted in the right direction, with the average income increasing from $5503 to $7860, the country acknowledges that there is much work to be done.

To combat the rising Barbados poverty rate, the ISEE Bridge Project was started. The acronym ISEE stands for the four steps the government has identified as necessary to help reduce poverty in Barbados.

The first part of the program has already been completed: identification of vulnerable populations and people living below the poverty line who desperately need help. Next comes stabilization, or addressing the most pressing needs. Following stabilization comes enablement, where necessary skills are imparted. The final step of the ISEE Bridge Program is empowerment, or providing individuals with all the support they need to succeed and excel.

The ISEE Bridge Program began in 2015, has helped 30 families so far and will expand to serve more than 250 families. This program is a small portion of the initiative that has been committed to ameliorating the Barbados poverty rate.

Other facets of the initiative will address specific groups such as retrenched workers and at-risk youth aged 16 to 30. With a high Global Development Index score and firm commitments to the future of its people, Barbados is well on its way toward increasing living standards and alleviating poverty countrywide.

Hunger in Martinique Cotton: One of the Major Causes of Poverty in Uzbekistan
Scroll to top