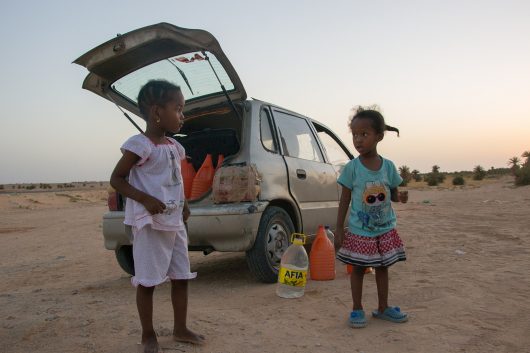 Algeria, a country on the northern edge of Africa, has an arid and semi-arid climate with less than 300 cubic meters of water available per capita each year. This amount is well below the U.N.’s water poverty threshold, making Algeria a severely water-scarce country. Water supplies are few and far between, and the continuous water overexploitation worsens the country’s water situation — naturally available water resources are degrading drastically and quickly.

Algiers hopes to employ high-cost technological solutions to support the growing population and maximize limited water supplies, but procuring funding will be a challenge.

A water quality monitoring system has already been established in Algeria to monitor its surface water. The system is comprised of 100 stations that cover major watercourses and dams. The country’s groundwater is also tested every three months.

Despite this, most of the water resources in Algeria remain polluted due to a lack of working wastewater treatment plants, as well as untreated industrial waste which is illegally discharged into natural water bodies. This misuse of water and water treatment creates even more sanitation and health issues for the Algerian people.

Anticipated climate changes, with rising temperatures and less rain, will also impact the scarcity of water in Algeria. These factors, along with a growing population which is using more water than ever before, has put an even greater strain on the country’s water resources.

This plan will require mobilization of resources, restoration of existing infrastructure, institutional reforms and a large amount of funding. Investments from both the government and private institutions, as well as additional planning, will be necessary to keep Algeria’s already limited water supplies from declining even more.