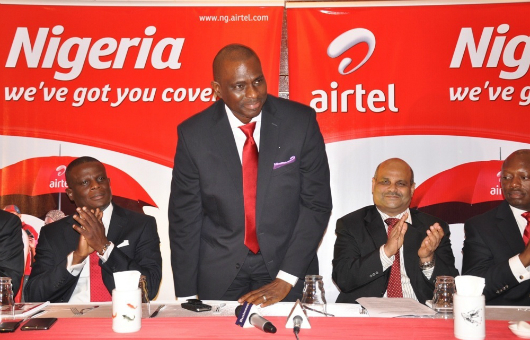 In any major city in the United States today, people have easy wireless access to the Internet on smartphones. This is a luxury that many Americans do not even realize they have, and it is something that is just beginning to be offered in some of the largest cities in Africa, like Lagos, Nigeria.

Airtel, a telecommunications company headquartered in New Delhi, India, launched a Wi-Fi service to bring Internet access to Lagos that will allow people to access the Internet in public through their smartphones, laptops or any device with access to data services.

This is a groundbreaking change for Lagos. Anyone can use the service, regardless of what network they subscribe to. Now, unlike ever before, Nigerians will have public high speed internet access in Lagos.

Hotspots have already been set up in Ozone Cinema, Yaba, Silverbird Galleria, Victoria Island and Alausa Shopping Mall. But Airtel plans to expand beyond this to more malls, and also airports and universities all over Nigeria.

The new Wi-Fi access will supposedly help to decrease the digital divide: the lack of access to Internet and technology in impoverished regions as well as the lack of skills to use technology. This is an acute issue in Africa: in 2013, according to World Bank, only 38 out of 100 Nigerians were Internet users. In 2013 in the United States, 84 of 100 people were internet users.

However, because of the price of the Airtel service, wireless data access may not reach the poorest populations of Nigerians in Lagos, the populations where the lack of smart technology and access to internet is felt most acutely.

Airtel spokesperson, Maurice Newa, explained how the service works. “The bundles can be purchased using Airtel recharge cards and debit cards while Airtel subscribers can buy bundles with their airtime. The service, which is also aimed at promoting the use of Internet, will provide customers wider opportunities to connect with friends, family and business associates.” Customers purchase data bundles by time (30 minutes, 1, 2, 3, or 5 hours).

It seems fairly simple and cheap from an American perspective. To purchase 30 days of 1 GB smartphone usage with Airtel is 2,000 Nigerian Naira, or about 10 American dollars. The United States’ GDP per capita in 2013 was 53,042— so this service amounts to only a tiny fraction of the average American income.

For the average Nigerian, whose GDP per capital in 2013 was 3,005.5 USD, 30 days of 1 GB of data is slightly expensive, but maybe doable. But for vast amounts of Lagos citizens who are below average, who live below the poverty line on less than one dollar per day, this service is most likely impossible to afford. And, these impoverished sects most likely do not own the smart technology to even be able to take advantage of wireless data.

Airtel says it will offer 15 minutes of free data usage each month. Consider the hours the average American spends scrolling through FaceBook, Twitter, Instagram, news apps and more in just one day, and 15 minutes amounts to very little.

Maurice Newa, the chief commercial officer of Airtel Nigeria, believes the initiative will strengthen Airtel’s relationship with its customers. “This service is designed to delight our customers with ultra-high speed internet service. We want to connect with them in smarter and rewarding ways, to fulfil their communication needs. Our mission is to enrich the lives of Nigerians through the provision of exceptional experience and the introduction of this service is an attestation of our commitment.”

Bringing internet access to Lagos will allow people to connect and no longer be cut off from basic communication. “The capacity to receive, download and share information through electronic networks, the freedom to communicate freely across national boundaries – these must become realities for all people. These people lack many things: jobs, shelter, food, health care and drinkable water. Today, being cut off from basic telecommunications services is a hardship almost as acute as these other deprivations, and may indeed reduce the chances of finding remedies to them.”