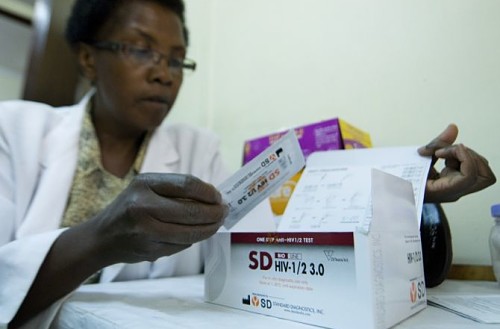 Is AIDS on the rise despite the increase in HIV treatment availability throughout the world? A recent report by the Joint U.N. Programme on HIV/AIDS (UNAIDS) and The Lancet, a medical journal, have called attention to the emerging risk of a major AIDS resurgence in already affected regions.

According to the study, high rates of population growth in heavily affected areas and staggering infection rates, which continue to only fall slowly, will increase the number of people who need access to life saving treatment.

Director of the London School of Hygiene & Tropical Medicine and lead author of the report, Professor Peter Piot, stated, “We must face hard truths — if the current rate of new HIV infections continues, merely sustaining the major efforts we already have in place will not be enough to stop deaths from AIDS increasing within five years in many countries.”

Among the most vulnerable populations, women and girls have not reaped the same benefit from slowly falling infection rates in comparison to their male counterparts. According to U.N. News Centre, AIDS-related illnesses are the leading cause of death for Sub-Saharan woman and girls of reproductive age.

In a commitment to prevent new HIV infections and increase treatment among women and girls, UNAIDS and the African Union have come together in a report called “Empower young women and adolescent girls: Fast-Track the end of the AIDS epidemic in Africa”.

“As we work with our communities, our networks, our health service providers and our governments, we must commit to demanding a comprehensive focus on young women in the AIDS response,” said Rosemary Museminali, UNAIDS Representative to the African Union.

In this response lies the answer to the threat of resurgence. As the study argues, efforts to combat AIDS must be enhanced to proportionally treat those infected, improve knowledge and prevention, and provide better access to medication.

More recently, the United Nations sponsored a successful deal with Roche Diagnostics in order to reduce the price of early infant diagnostic technology by 35 percent to US$9.40. Early diagnosis of HIV is essential to accessing treatment at a vital stage since many children who go undiagnosed only live up to 2 or 5 years.

“We have to act now,” Michel Sidibé, executive director of UNAIDS cautions, “The next five years provide a fragile window of opportunity to fast-track the response and end the AIDS epidemic by 2030. If we don’t, the human and financial consequences will be catastrophic.”