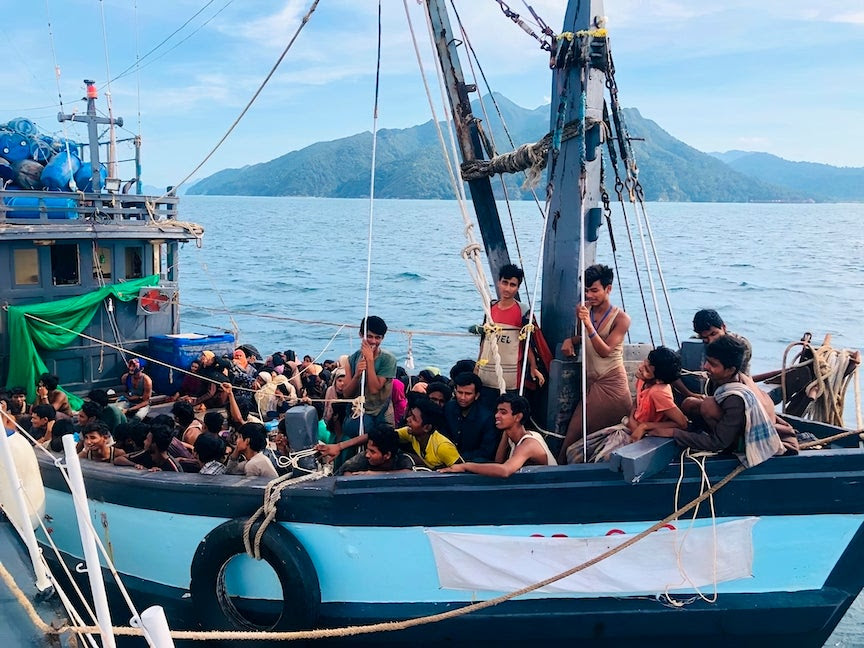 The Muslim Rohingya population in Myanmar, a Buddhist country, has been severely discriminated against throughout history. Discriminatory policies in Myanmar deny citizenship to the Rohingya people. Additionally, Rohingya individuals cannot obtain birth certificates, receive an education or be employed legally. In August of 2017, violent attacks and persecution against the Rohingya people forced hundreds of thousands of Rohingya to seek refuge in Bangladesh. Almost one million Rohingya refugees currently live in refugee camps in the Cox Bazar region of Bangladesh.

Many organizations and international agencies are providing aid and support to the Rohingya refugee crisis. In addition to improving access to basic needs such as food, water, and shelter, UNICEF and the UNHCR have recognized access to education as a top priority.

The United Nations High Commissioner for Refugees (UNHCR) is supporting the refugee population with basic needs such as food, water, shelter, and health services, including mental health resources. One of the largest challenges that the refugee camps face is flooding from annual monsoons in the Cox Bazar region. The UNHCR was able to relocate over 24,000 Rohingya and provide more than 150,000 monsoon preparation kits in anticipation of the monsoon season. These efforts continued through 2019 with the additional construction of 50 miles of infrastructure including bridges and roads and the distribution of post-disaster kits.

The UNHCR also provides first aid training for refugees and has trained more than 1,200 individuals. They also lead sessions to raise awareness about emergency preparedness within communities and have reached more than 80,000 Rohingya through these programs. Providing the Rohingya with access to education is one of the main goals for the UNHCR. Many children were not receiving any formal education in Myanmar due to discriminatory policies. The UNHCR has reached 502,000 refugee children with some form of education by building 1,602 learning areas and bringing 1,251 teachers to the area.

In collaboration with the government of Bangladesh, UNICEF has recently launched a plan to increase access to education for Rohingya refugee children in the Cox Bazar region. The curriculum will be tested on 10,000 children in grades six through nine during the first half of 2020. From there, it will expand for all ages. Education is a key factor to help the integration of the Rohingya people into society in Myanmar. Refugees are already at a significant disadvantage as a result of discrimination and consequential displacement. They lack basic resources such as nutritious food, proper housing and medical services. Access to education can help Rohingya refugees to reintegrate into society instead of further exacerbating disparities. It can increase their chances of finding employment and decrease poverty rates.

UNICEF has also been running informal education programs that have reached 315,000 refugee children in 3,200 learning centers. Subjects studied include English and Burmese language, Math and life skills or science depending on the level. The majority of children are still at levels one and two which are comparable to pre-primary to second-grade level. UNICEF has programs in place for adolescent education as well which include vocational and life skills. Education can tackle the Rohingya refugee crisis by reducing the chances of children being exposed to trafficking, child marriage and abuse as well as empowering refugee children.

Two boats carrying hundreds of Rohingya refugees set out in February 2020 but were stuck at sea for months after setting out to find refuge. Many countries have denied them entry, leaving the refugees stranded without sufficient supplies of food or water. Bangladesh has taken in over one million Rohingya refugees since the violence and persecution began in Myanmar. However, in April 2020 the Foreign Minister Abdul Momen stated that Bangladesh would not allow any more Rohingya into the country. Momen cited the COVID-19 pandemic, as well as the numerous refugees already in Bangladesh, as reasons for this decision.

Other Southeast Asian governments such as Malaysia and Thailand have also failed to assist the refugees. The Malaysian officials who initially found one of the boats attempted to bring it back to international waters but about 50 refugees were able to swim to shore and are currently detained in Malaysia. The UNHCR has requested access in order to support these refugees with humanitarian aid with no response from Malaysia.