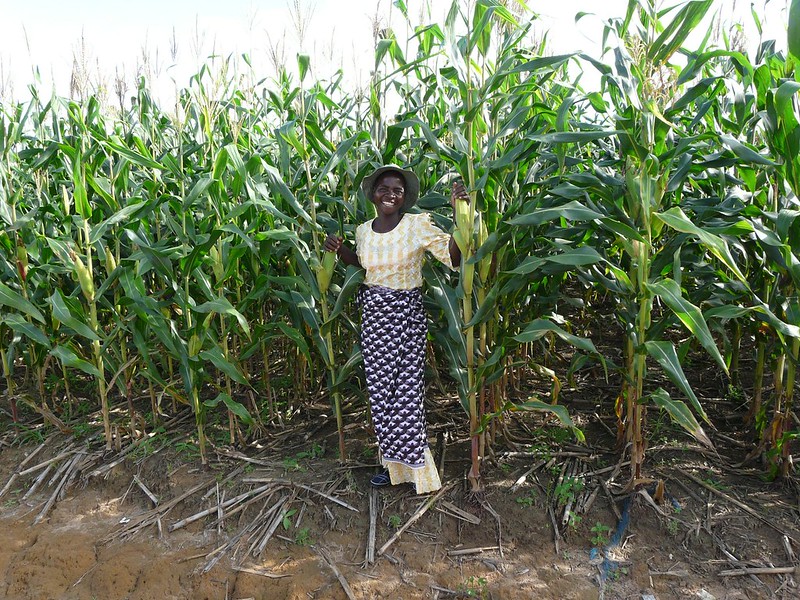 With 80% of Malawians working as smallholder farmers, a great deal of the Malawian population and economy depend on the agricultural sector. However, 70.3% of Malawians currently live below the international poverty line and severe droughts and floods frequently threaten agriculture in Malawi and farmers’ livelihoods. The Malawian people are in need now more than ever of initiatives and funding to support the agricultural sector.

This is why the U.S., in its recent developmental work in Malawi, is largely prioritizing agricultural initiatives which have the potential to see the country’s soaring poverty and food insecurity rates decrease as well as boost economic growth and innovation. With that, here are a few of the important steps the U.S. is currently taking to support agriculture in Malawi.

Among the U.S.’s goals for the Malawian agricultural sector, one major aspect is expanding the industry’s commercialization. In a recent press release, USAID announced its $35 million support for the expansion and strengthening of Malawi’s agricultural industry. It pointed out that the country’s population is growing and limited agricultural productivity has presented numerous obstacles to meeting growing needs.

“Malawi’s agricultural industry is not sufficiently commercialized nor large enough to meet the needs of a growing population, which is projected to double to nearly 34 million people in just over two decades,” USAID explained. “[This] new project will generate jobs and incomes for smallholder farmers and increase agricultural and food exports for the country.”

As part of supporting the expanded commercialization of Malawi’s agricultural industry, the U.S. also aims to boost investment in the country’s private sector. In a speech in Malawi on July 2, USAID Administrator Samantha Powers reconfirmed this commitment, stating, “We will invest in rural economic hubs, supporting companies that, themselves, support smallholder farmers or help process their goods for export.”

One such program which will invest in the private sector in order to bolster agricultural growth and commercialization is the “Let Them Grow Healthy” initiative. Through this initiative, “USAID will invest $23 million and the private sector will match this by also contributing $23 million.” Specifically, the initiative will aim to invest in companies that have the potential to aid the Malawian government’s goals related to increasing the country’s food security and nutrition services.

Roughly 5.4 million Malawians face moderate or severe food insecurity. Initiatives such as this one are a step in the right direction for encouraging the growth and development of new, accessible and nutrient-rich food products and services.

In another major victory for the future of agriculture in Malawi, at the recent G7 Leaders’ Summit in Germany, U.S. President Joe Biden announced the expansion of the Feed the Future Initiative to include several new African countries, Malawi among them.

Developed by the U.S. in 2010, Feed the Future works to identify the root causes of hunger and poverty around the globe and address them by “boosting inclusive agriculture-led economic growth, resilience and nutrition in countries with great need and opportunity for improvement.” Feed the Future is widely regarded as the U.S.’s flagship agricultural development program. USAID Administrator Samantha Powers, responding to the expansion, briefly summed up its significance for Malawi. She stated that “This will mean an intensification of our efforts to strengthen food security, poverty reduction and agricultural growth in the country.”

According to USAID, in Malawi, among other things, Feed the Future will specifically work to:

Harsh climate shocks and limited economic growth have had a negative impact on many Malawians’ way of life in the agricultural sector in recent years. However, with these current programs in place and others scheduled to take place, hope is certainly on the horizon.

Given the significant strides Malawi has made in other areas of its country— such as increased access to education, the prioritization of gender equality, as well as the reduction of some income inequality between the rich and the poor — Malawi is certainly capable of positive change. With this strong support from the U.S. and its continued partnership with the Government of Malawi, agriculture in Malawi might just see a similar chance for improvement.

The World Bank’s $2.3 Billion Program in Africa4 Benefits of Mobile Money in Africa
Scroll to top