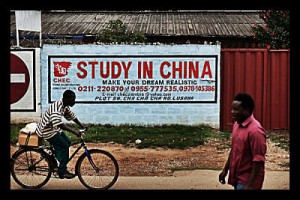 Schooling in the United States and Europe was a source of great fascination to Africans in the 1970s, 80s and early 90s. Over 80 percent of Africans seeking to further their education abroad ended up in these two regions.

Today the West continues to be the first choice for African students, with nearly 55 percent of those studying abroad choosing Western countries, especially France. More and more Africans, however, are now being drawn to Asian universities.

China, a country at the center of this new development, is continuing to improve and advance its educational ideals. In the last five years, Beijing has spent more than $1.26 trillion on education, a target of 4 percent of China’s GDP. The country has an unswerving teacher development scheme. Historically, teaching has been a highly respected profession.

Once teachers are employed in China they must experience a vigorous system of continuous professional development. Groups of teachers work together with master teachers on lesson plans and general improvement.

According to China’s university and college admission system, the number of international students studying in China has significantly increased. In particular, African students are pouring into more than 660 higher education institutions in the country.

Besides the thriving educational culture, the increased enrollment is imperative for Africa’s future because the country can learn from China how best to utilize and manage its many natural resources.

Africa has a dream of reproducing China’s success in manufacturing, construction, technology and healthcare. The economic powerhouse’s sustained growth has primarily been anchored on continuous technological innovation and industrial diversification. The industrial dynamics caused the shift from an agrarian society, where nearly 90 percent of the labor force worked, to non-agriculture and manufacturing sectors. The change was gradual, but continuous and unstoppable.

Today, manufacturing is the economic backbone of China. Its emergence as a manufacturing powerhouse has been shocking. In seventh place in 1980, China overtook the US two years ago to become the world’s largest producer of manufactured goods.

China also used its large manufacturing engine to increase living standards by doubling the country’s GDP per capita over the last decade — the kind of achievement that took the industrializing United Kingdom 150 years. Now, Africans seek to imitate China’s economic accomplishments through knowledge transferred from Chinese classrooms and lecture halls.

The process started a decade ago when African nations began to sponsor their most academically gifted students to attend schools in China. Meanwhile, China also sponsored students majoring in medicine, engineering, economics and journalism. In 1983, China sponsored 400 students. In 2005, the number increased to 2,000. Last year, it funded university education for 5,500 students.

As Africa seeks to learn the best from the best, it is important that the country also cultivates the culture of working hard. China’s forward-looking system has put it on the right path to success. There is no mystery to its methods. China succeeded because it knew what it wanted. This should be the culture that African students studying in China bring back home.