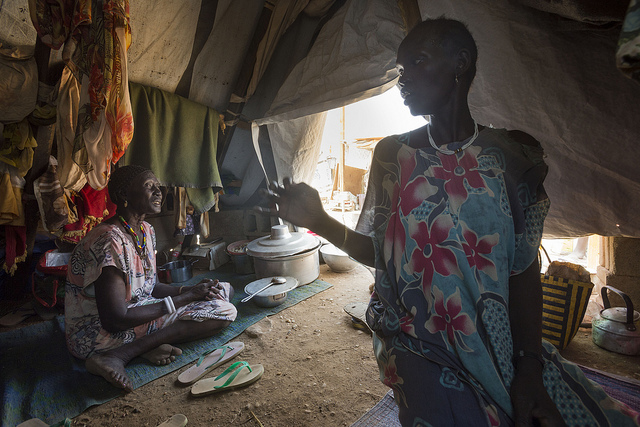 Makeshift tent communities become semi-permanent homes for those who have lost everything to natural disasters. Though housing charities like San Francisco-based New Story have built 850 houses for those affected by natural disasters since 2015, the cost and time it takes to build these houses are hindering the progress.

With plans to build an entire 3-D printed community in earthquake-prone El Salvador by the end of this year, New Story is partnering with ICON to print affordable housing for those that have no choice but to live in tents. Of the 850 houses built so fair, New Story has raised funds for 1,600. Solutions like the 3-D printed house will ensure that available funds are utilized efficiently, transitioning more communities from tents to secure shelters sooner.

The current cost for one New Story house equipped with running water, a sanitary bathroom and concrete floor is $6,500. In March of this year, ICON, New Story’s tech construction partner, printed a 3-D house that only cost $4,000 and was built in 24 hours.

Specifically designed for disaster relief housing, the 3-D printer that built this prototype is made from aluminum, making the printer lightweight and easily transportable. The printer has a generator built in should a power outage arise. Designed to withstand worst conditions, ICON’s 3-D printer is revolutionizing affordable housing solutions, specifically for those devastated by natural disasters.

So far, houses built by New Story have improved the lives of over 6,000 people. Through traditional construction, houses have been built in the following places:

Living in a secure shelter helps people out of poverty. Not having the worry of where clean water will come from, the floor turning into mud from the rain or someone robbing the home in the middle of the night allows people to focus on things other than survival.

Prior to living in their New Story houses, a community in Labodrie, Haiti, lived in tents for nearly six years after the 2010 earthquake. Many families were separated due to poor living conditions that were unsafe for children. Living in secure shelters bumped the community’s employment rate up 16 percent and reunited families. 150 homes were built equipped with clean running water, bathrooms and concrete floors.

Also devastated by the 2010 earthquake was Leveque, Haiti. People had been living in tent cities before New Story stepped in. With access to clean water, bathrooms and concrete floors, 75 percent of children in this community now attend school.

The Future of 3-D Printing

The impact of living in a solid home is the difference between surviving and thriving in a community. With the help of new technology, affordable housing will be built in even more communities than in the past. In addition to helping those affected by natural disasters, 3-D printing homes has the potential to help with a global housing shortage caused by rapid city growth and unaffordable housing prices.

According to City Lab, in some developing nations, “housing costs exceed incomes by more than 3000 percent.”  Disaster area or not, unaffordable housing puts people at risk for poverty.  Continued innovation by companies like ICON and New Story will build stronger, self-sustaining communities in places that are most susceptible to natural and manmade disaster.